Chapter 1: Only wieners have two ends 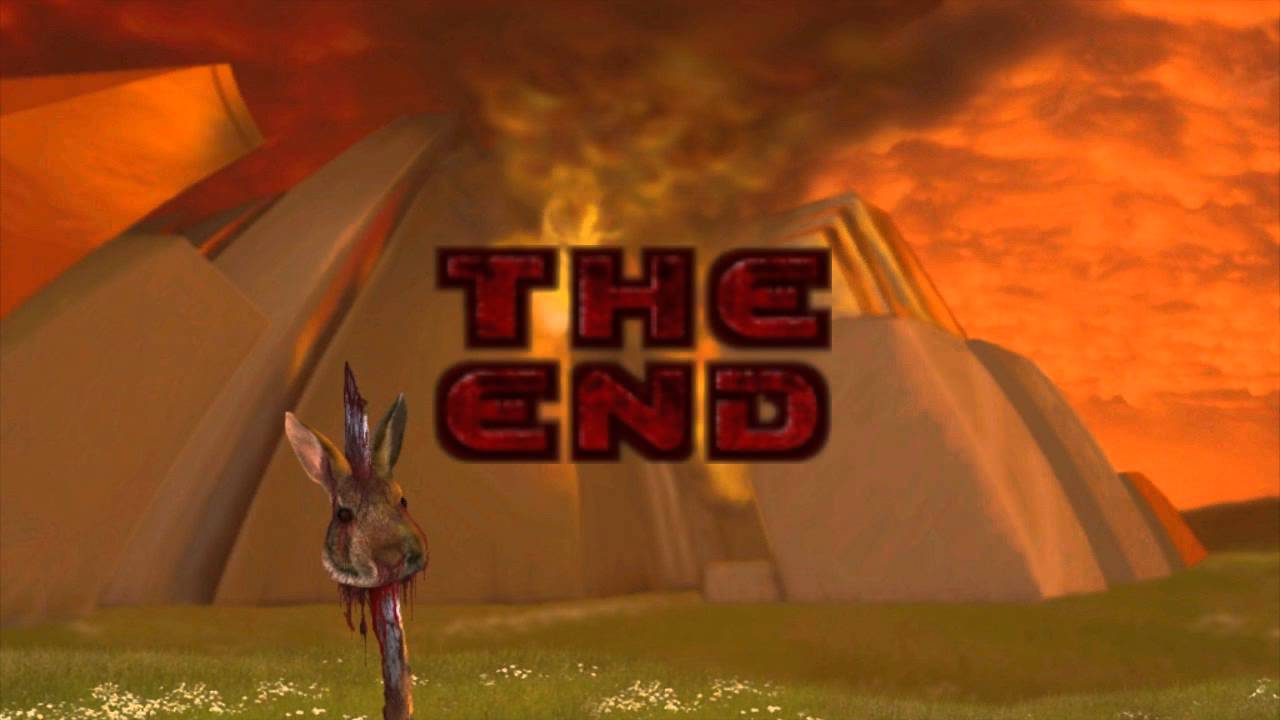 Don't worry Daisy, every end is a new beginning!

If you have watched the aftermath after the Soccer World Championship 2014 in Brasil, you might have seen that Philipp Lahm, our captain, has retired from his duty after winning the contest with the german soccer team. He said that he has achieved all he ever wanted - I actually think he simply wanted to remember himself as world champion instead of seeing him getting worse and silently disappearing from the theater. "Stop it before it starts getting worse because it can't get better". When there is one essential thing that I have learned while developing Blade of Agony, then it's the right time now to end my active part as a developer in the community. So this is it, my long farewall - and this time for real and with a good feeling.

Retiring at the age of 36 seems like a rash decision, but it's not something that happened spontaneaous (we already had that). It's a development, a feeling that starts growing and at some point, certainty outweighs assumptions. Before my teammates at the Blade of Agony development go crazy (I didn't tell them about this decision yet), don't worry - the project (and the remasters in my pipeline) will be finished and I will tie the bonds with Ozymandis, DoomJedi, AFADoomer, DoomJuan and the rest of the pack - don't expect the worst, we will get this done for sure, but more about that step by step now.

So what reasons do I have for this decision? It's time I'd say, or more the lack of time.

Years ago, when I was spending my time on projects like Ultimate Torment & Torture or Knee-Deep in ZDoom I was still at school and university, I had so much free time on my hands and it was so easy and without any regrets to just spend a whole weekend mapping - or even weekdays and evenings, it simply didn't hurt and I didn't have the feeling that I can't handle other things like family, girlfriend, friends, hobbies and... well a bit of school and university.

Times have changed now: My father ended up in a resting home with dementia 5 years ago², my mother has a very strong variant of arthrosis, marrying my girlfriend and building us a home is in the pipeline, meanwhile I am getting the director of the media agency I am working at, I am lead singer in a rock cover band and there is also my job as an independent photographer. All of this draws a lot of energy and time from my contingent of 24 hours a day, 7 days a week. What's left is not as much as it was about two decades ago and I try to invest the remaining time into things that fill up my battery - sports, friends, hobbies - and yes, this technically means Doom as well. So where is the problem?

Take a look at this. The left one is from one of my first maps ever, which can be found in the Unreleasables, the right one is from "Operation Astrostein", a map of Blade of Agony. Spot the little difference? It's 28.000 more vertices, 37.000 more linedefs, 5200 more things and 8900 more sectors, oh yes and actually 40 hours.

My first maps took quite a long time, no doubt. I wasn't used to mapping techniques and to the Doom engine was a mystery for me. Next to that, editing tools like DoomBuilder and its 3d-mode weren't available but creating a Doom mod was simply possible within a good month of work - or even in a week if I remember the first Torment & Torture which was created for Newdoom.com's Wad in a Week contest.

But with the engine evolving, new possibilities emerged and wasn't only mapping but it turned into modding, or in the case of Blade of Agony I'd even say game development: Additionally to mapping, we have graphics design, sound and music choices, scripting, spriting, conception, story plot, dialogues, and so much more. Doom modding has turned into much more complex thing which simply draws so much more time if you want to create something demanding.

You could say now "Well then Torm, why don't you simply map for classic vanilla Doom?" Quite simple, there are two reasons for that: On the one hand, I don't like it anymore, I am pretty sick of STARTAN and FLAT3_2. I still like playing classic Doom maps but I can't take it anymore to map for them - I had that to the max while creating content for Knee-Deep in ZDoom, Austerity and Stronghold. On the other hand, I somehow want to evolve, want to get better, want to come up with something innovative and new that people play and say "Damn, I have never seen something like that in a Doom engine before, how did they do that?". And that's the dilemma.

After releasing The Ultimate Torment & Torture, I thought this is the biggest thing I have ever created, nothing will top this. Then there was Knee-Deep in ZDoom. Then there was the ZDoom Community Map Project, where I thought that something like this won't be possible ever again. We all know how well the Take 2 release was received. Stronghold won a Mordeth Award at the Annual Cacowards for being in development a decade. I never imagined doing another project of that scale when it comes to scripting, mapping and overall complexity. Now there is Blade of Agony which outperforms anything that I have worked on in the past.

So what speaks against doing it again? Overmatching Blade of Agony? Time! I can't imagine spending more time to a modding project than I am doing now. So if I can't reduce the requirements I have on myself, and if I can't make the day longer than 24 hours, I simply need to stop it - and that's what I do.

To express my gratitude towards the community that I am now part for over 20 years, I think it is fair to explain my reasons for this decision. But I didn't want to simply step into the darkness without a fair goodbye. Instead I want to turn this into some kind of a auto-biography. I have experienced so many things, that I simply want to share with you - share how I started with it all, how Doom modding was back in the 90's, what has changed and was memorable for me during this time.

So in the next weeks until the release of Blade of Agony and its final version, I will release chapter by chapter, starting from my beginning up to now, and I promise you - one or another article will be quite interesting to read, if it's not only for the retro aspect but for the entertainment...

²in the meantime while writing this article, he passed away on April 2nd, 2020