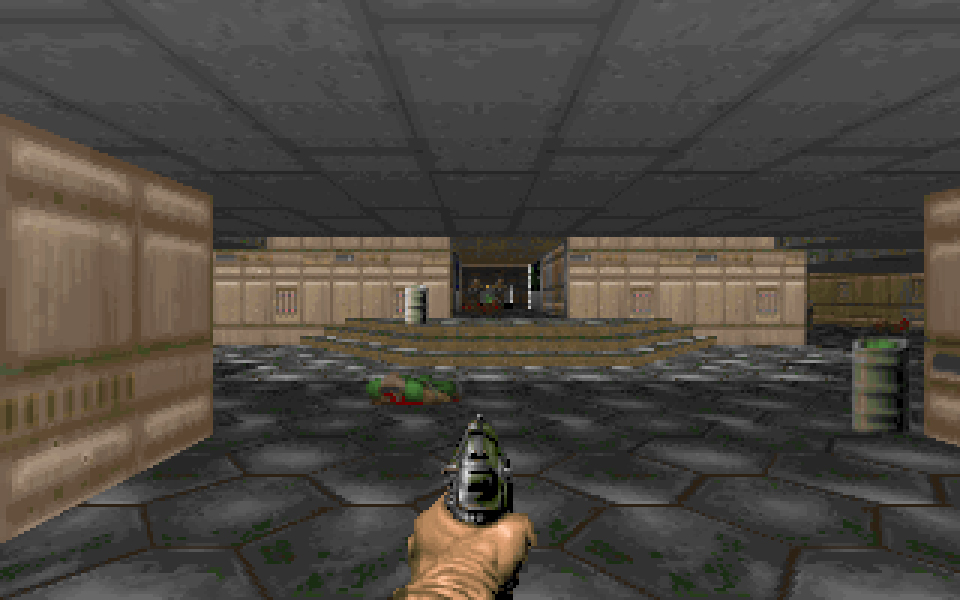 It was in December 1993 when I played Doom the very first time. For people who are used to hyper-realistic graphics like Call of Duty WWII or Far Cry 6, Doom's pixelated 2.5D visuals might not be the most thrilling and exciting visual. But for me at the age of 9, Doom was the most scary thing I have ever seen in my whole live.

The Doom shareware version was delivered on two floppy discs, not with an original label, because you weren't able to buy the game in Germany legally. It got on the "list of banned video games" shortly after its release and therefore instantly removed from the public stores. No idea if that happened because of the amount of gore and violence or because of the Swastika you could find in the computer room of E1M4 (trivia, it was redesigned in later versions of Doom, no idea though if it was in the shareware version that I've played, it's long gone).

Fortunately as previously mentioned, my father was working as a teacher in the 90's and he had a very good reputation in his classes as well as a good relationship to his students. Sharing the same dedication to video games, I could be sure to have those special titles like Wolfenstein 3D and Doom at home only a short time after they have been banned in Germany. Who says teachers are lame?! 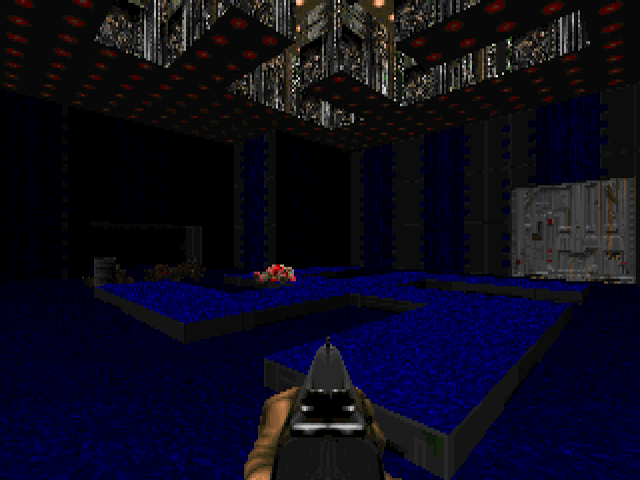 One of the reasons, why Doom was put on the index in Germany: A sector-based swastika.

Huge pixels, choppy sounds, a framerate like a sideshow (thanks to the power of an Intel 80486DX) but still: I was scared to death. It was a matchless experience, that I haven't ever made before and that I never had again in any of the subsequent games that I played later. I slowly walked through the futuristic hallways and rusty abandoned rooms, being ambushed by imps and and shooting pinky demons with a pistol only by using the arrow keys. Yes, that's right. I wasn't aware of strafing, so I developed a technique of "running back, turning, running forward" to avoid enemy fire. I was too young to die, and I still got my ass kicked. My heart was like a drum, my hands were sweating and I was totally stressed while playing Doom - I have doubts that this first hour was mentally and physically healthy, but it was unforgettable and priceless.

Cheats weren't a common thing (or at least nobody around knew about them). There was no internet or some kind of easy accessable cheat magazines, so IDDQD or IDKFA were no choices, you had to play the game the regular way - the way it was meant to be, and that involved dying. Isn't cheating even deactivated in the shareware version of Doom? Well, "Save Game" and "Load Game" at least worked, actually my best companion during my first steps. I can remember that I died a lot and sometimes it was so scary that I simply quit and needed to rest for a while. Oh yes, shitting pants was different these years...

Fun Fact: "When I die in my dreams, I sometimes simply hit an imagined [ESC] button, load the game
and live on - gives you an idea how addicted I was when I was young."

Today even thinking about this first adventure on Phobos makes me feel strained and comfortable at the same time. It had such an impact on me and I can totally understand, that the game changed the video game industry. Sure, now it seems to be just an old game with ugly graphics, but back then it was revolutionary - not only for me, and I am sure, you - while reading this article - will agree. Still it took a few more years to make myself comfortable with the opportunities when it came to fan levels, wads and map editors...