Chapter 6: Tormenting and torturing through time 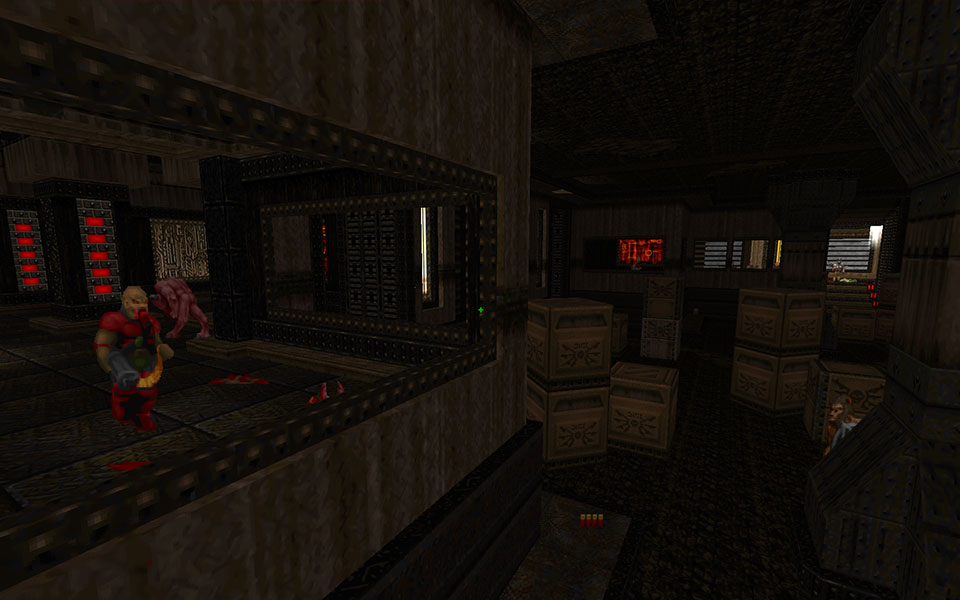 The Ultimate Torment & Torture was a improved version of all episodes in one huge mod.

One week of sleepless nights, one week of mapping like crazy. Newdoom's Wad in a week contest has awakened unknown abilities in myself. Failure was not an option. With enough effort and dedication, I thought that I should be able to win that thing. A few days, sleepless nights and cups of coffee later the results were up and I got my reward: A white t-shirt with a Doom logo on it, the prize for the first place. But it wasn't for the physical object, it was more for the acceptance that I earned with this release. The map was well-received in the community and a game-changer for my mind. I felt like with enough sweat and more than just one week, everything I imagined could be turned into an entertaining piece of data.

Beginning to torment the community

Most people out there will agree that if they hear Tormentor667 they instantly associate Torment & Torture with the nickname. It's the series of wads with which I gained a larger audience and the reputation of a 'promising newcomer' (we will simply ignore the detail guide, yes?). But what made it such a successful mapset? Well, I can only assume the answer, but let me give you an insight view of the development process for all episodes and background information about The Ultimate Torment & Torture - it might be interesting to know, that without Graf Zahl in particular, the remake would have never happened for instance.

Where the first episode was a result of time pressure and a few basic empty room layouts provided by Newdoom.com to make sure, participants of the Wad in a Week contest start at the same time, the inspiration behind the second episode was a totally different one. During the first years of the new century, I got my hands on Epic Megagames top title Unreal which is still one of my favorite titles today. The exteriors, the effects, the gameplay, the music - everything was and still is flawless. For Torment & Torture 2 I didn't only use Bluff Eversmoking's tune, but also ideas for scripted events, traps and fights as well as weather and atmospheric effects, that underlined the dirty heat in Ogro's Metal Facilities. Even some lost TZDoom places have been implemented, that I could still remember from my 'contaminated' map in progress. When working on the successor, I tried to avoid limiting myself to the classic Doom engine, I tried to implement every possible feature of ZDoom to achieve the feeling of a modern game.

For Torment & Torture 3 I went even further with the help of the sourceport's advancing set of features. DECORATE was only implemented for simple (as the name implies) 'decorations', but with some cross-game tricks, you were able to add new enemies and new weapons to your mod without overwriting original content, for example by using code from Hexen in the Doom engine. As far as I can remember, the Fortress of Damnation was the first wad, showcasing something like that. I was playing around with skyboxes to fake portals, I created cloned areas to simulate rooms over rooms, and added any kind of special effect that ZDoom was capable of. I wanted to create an experience for Doom that hasn't been done before, something that makes the players' jaws drop, and modders ask "How the heck did he do that?". It was released in April 2003 and back then the largest project I have ever worked on. 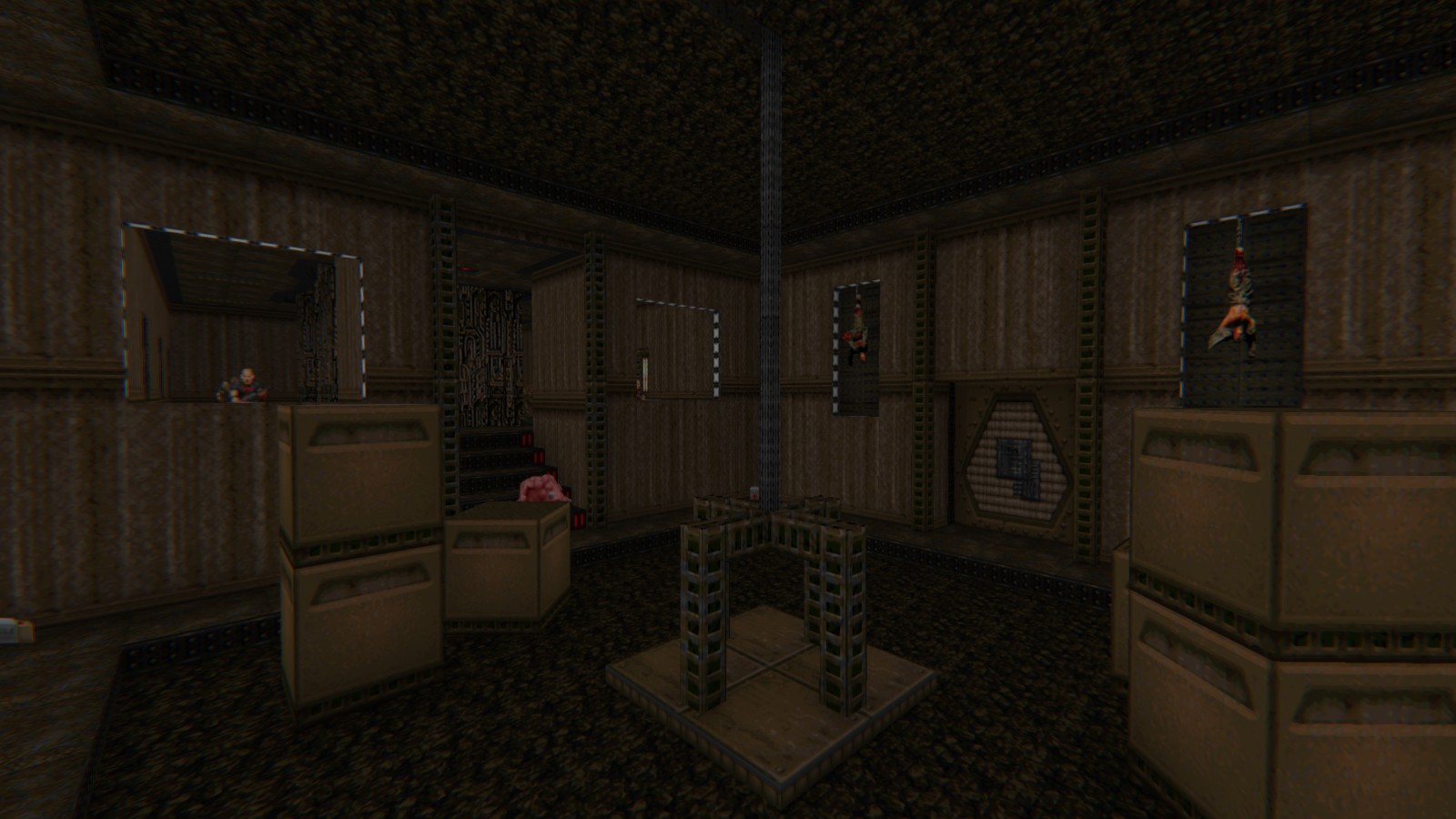 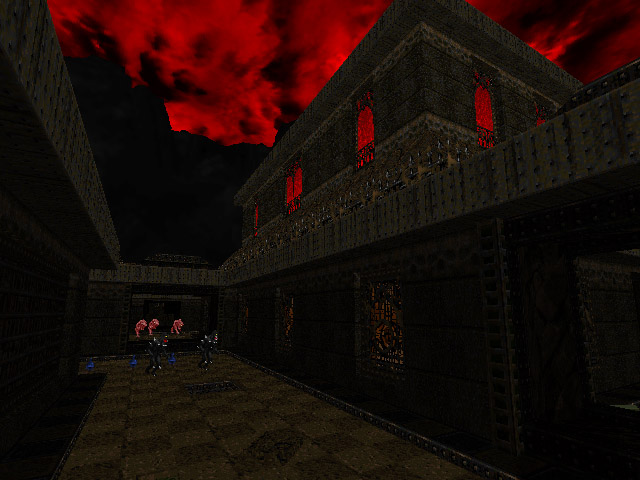 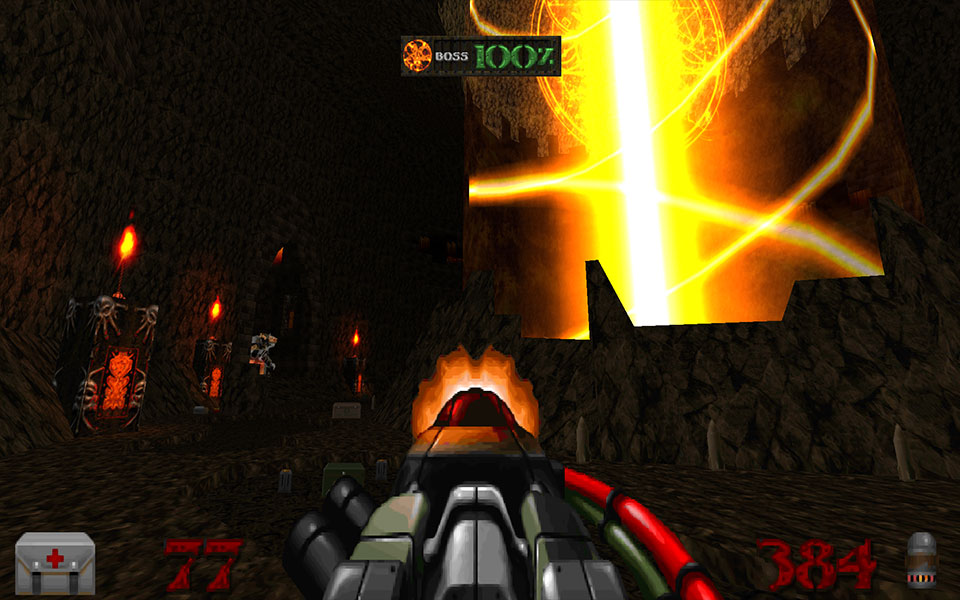 One and a half year later, I released Torment & Torture: The Lost Episode which was more like a distraction, a playground to me for all the new enhancements of the ZDoom engine and the new DECORATE features like completely custom monsters. Meanwhile I planned releasing all the classic episodes as one big mappack, the idea of The Ultimate Torment & Torture was born - but almost failed before it has even started. For me it was an insurmountable challenge to combine all 3 resource sets and maps from each episode into one resource wad to work with. Remember that in 2005 there was no PK3 support for Doom mods! You had to use WinTex or XWE to organize all the lumps in your WAD files. That was the moment when Graf Zahl entered the stage.

I still have no idea how he made it, but he prepared one single resource wad for me combining all the lumps, textures, flats and other necessary content. From that moment on, it was only about mapping, improving and finalizing. Without Graf Zahl, there would not be a UTNT. In this way, I'd like to thank him - I still owe you one, my friend!

Developing the remaster of the Torment & Torture series including an all-new episode 4 took me about three years to finish and it was finally released in September 2007. Two months later it won my very first award at Doomworld's Annual Cacowards. For me this was one of the greatest moments in my modding career, a moment where I received recognition, the one kind that somehow everyone of us is yearning for. Yes, Doom is a hobby for us modders, but it's not only abour killing time, it's showcasing and presenting your visions. Seeing other people appreciating your work is more worth than a million dollars.

During the development of this 'ultimate' compilation, I started to implement easter eggs into the mod. Being a big fan of finding them in other games and with my passion for oldgames and retro consoles I had a lot of memories and resources to take material from. To my horror, some of these easter eggs took my actually longer than creating most of the map parts the surprise was put into - totally disproportionate, but once you have begun, you can't stop. It's like a bar of chocolate. I can remember that the Sam & Max tribute in The Fortress of Damnation took me about 3 complete days: Copying graphics from the original game, adujusting perspectives, extracting textures from bitmap backgrounds, animating actors with redundant DECORATE knowledge back then, modeling the room in the right scale. It was a tedious job and I am pretty sure that only few of those playing the mod actually discovered the secret. But hell, it was so fun to recreate the office scene, it really was.

Many easter eggs scattered in my subsequent mods followed, the complete list would be extremely long and I can promise you that Blade of Agony took this to the extremes. Below there is an excerpt of all these additions since I've started developing doom mods: Which project has what easter egg and where it can be found or actually what was the inspiration behind it. If you don't want to spoil yourself, I'd suggest skipping this block and searching for all of them on your own - good luck, I made them well hidden. 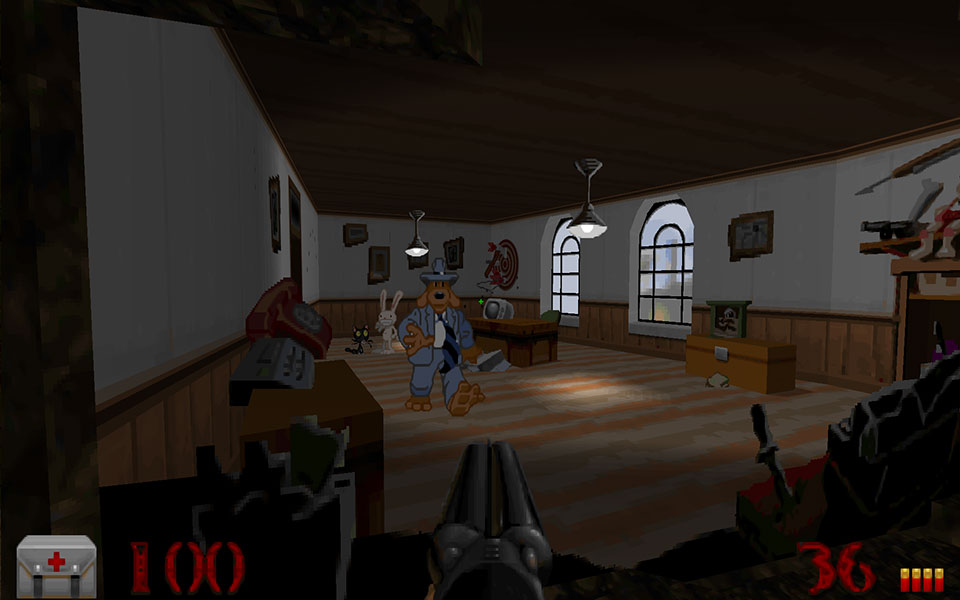 The late 2000's have been my most efficient and productive time - it was simply the life stage that mostly consisted of leisure: I finished school, was doing my alternative civilian service and started with my academic studies at the university in Stuttgart. I shared my time with friends or spent it with sports and yes, with Doom mods. The result was a multitude of projects released from 2004 to 2010: Sapphire, Torment & Torture, Austerity, The City of the Damned, ZDoom Community Map Project and then there was a project that could not have been more controversial, a mod that divided our community into two camps...