Chapter 8: The thin line between success and failure 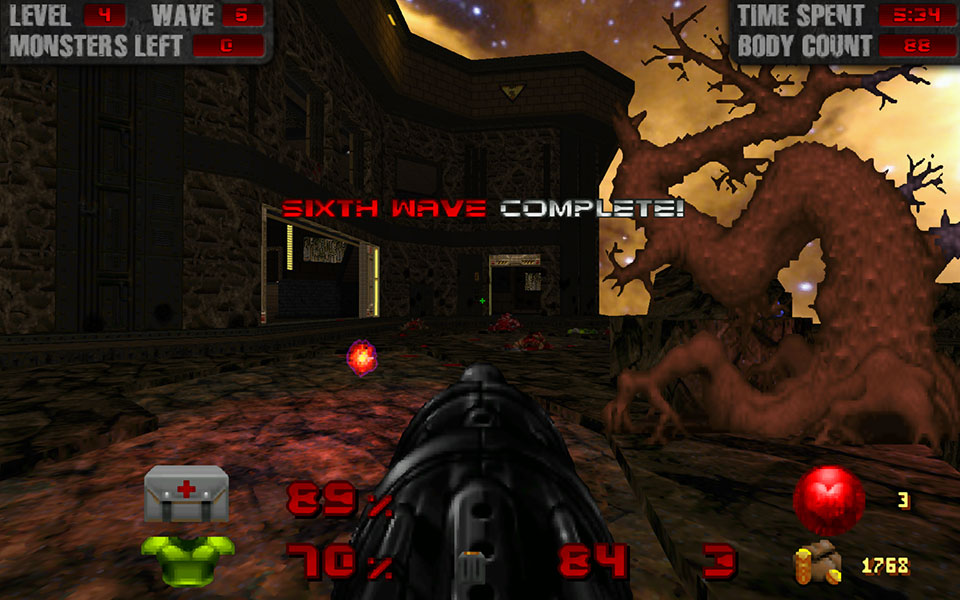 A new idea was born with "Stronghold" - If I was just a good programmer...

By the end of the 2000's, two larger-scale projects have been in the pipeline: On the one hand there was Stronghold - On the Edge of Chaos, a mod introducing a completely new game-mode with a huge set of maps and original assets and on the other hand The Shores of ZDoom, the successor to Knee-Deep in ZDoom. Both projects had high ambitions and a unique vision, powered by a line-up of people you could only drool over as project leader. There were have been differences as well. The community's expectations towards one of the project was insanely high, for the other one, well... there were no expectations at all, so there wasn't either a pressure to succed. What was the most influencal reason for one project's upset and the other one vanishing in the shadows of vaporware?

The Shores of ZDoom - destined to mordeth

A few months after the release of Knee-Deep in ZDoom, a development forum for its highly anticipated successor at the ZDoom forums had been added and the project was officially announced. The list of contributors was a feast for the eyes, how could it be that the reimagination of Doom's second episode based on the ZDoom engine not become the next blockbuster?

Some people thought there have been personal disputes, especially between esselfortium and me. Yes, we had inconsistencies and the #texturegate aftermath wasn't one of my smartest moves, but let me tell you something first: I tend to not have bad feelings associated with anyone in the community. Behind each nickname there is a person and as in your real life, there are people you sympthaize with and people whi different from you, with a different opinion and a different attitude - and you simply don't stick together, like water and oil. Esselfortium is not only a talented mapper, she has a strong and self-confident character, just as I do. She is a decision-maker, a leader, someone who stands up for her visions, just as I am. The Shores of ZDoom is a good example what happens when two bullheads collide.

Briefly, choosing the intended engine for TSoZD was one of the many though choices when we failed to find a common ground. GZDoom was advancing at the end of the decade: 3D floors, 32-bit graphics, dynamic lightning - features that modders would have killed for in the early 2000's. Where esselfortium was aiming for a more classic approach (ZDoom, paletted graphics, classic look) I wanted to use the new possibilities we had with Graf Zahl's new engine. While I was working on Z2M3 ("The Refinery"), I focused on making it look good in GZDoom, in hope to convince the team to use the more modern engine. The longer the thread got, the less objective it turned. A decision was made in the end and the team went for a classic look what felt like a setback to me. The spirit behind KDiZD was meant to be a showcase of what the most advanced engine was capable of. For TZoZD the same rules should have applied.

I have no idea if the project is still in development - esselfortium and Vader most propably know more about it than I do - maybe it has the same fate as Vaporware or Mordeth, maybe our jaws will drop in a few months 'cause of a pleasant surprise - I'd be happy to hear about the latter. Back in 2012 I decided to leave the team and finish The Refinery on my own as a single-map project, the way I meant it to be. People liked it for the aesthetics and vilified it for the gameplay. You get what you expect from a Tormentor667-release. 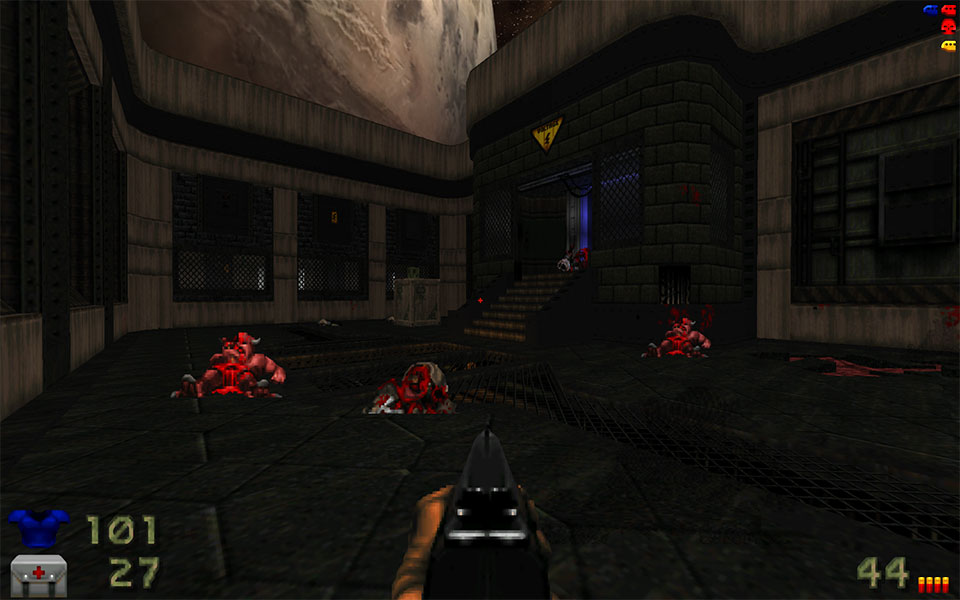 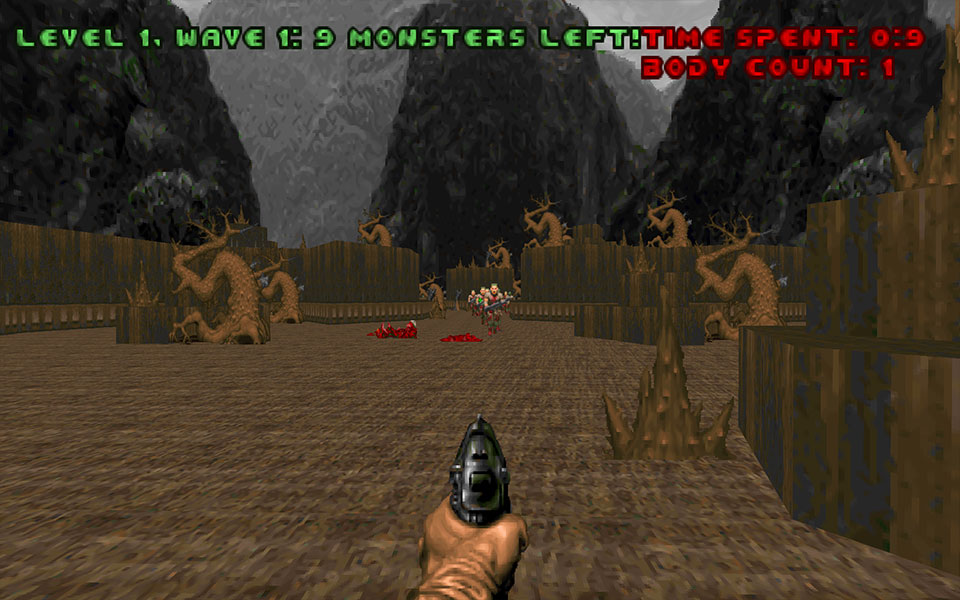 Stronghold concept demonstration map from May 2004 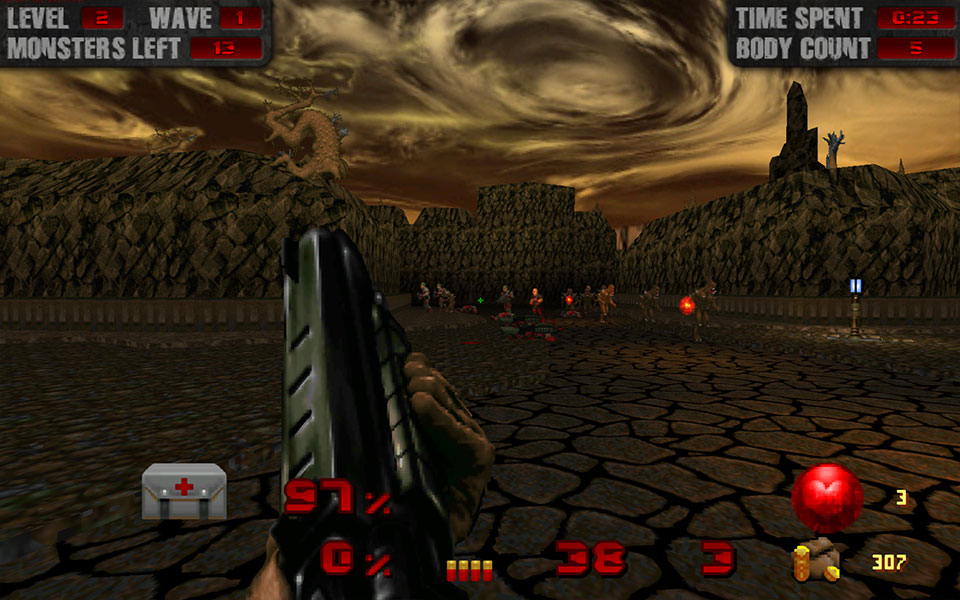 Stronghold final first mission from November 2010
For Stronghold, me and my team didn't only win a Cacoward for one of the best releases in 2015 but also a Mordeth Award for the project with the longest time of development: 6 years and 6 months in total. I can tell you, if I would have known that, I had stopped working instantly in May 2004. Glad that I didn't.

I was a big fan of Unreal Tournament's Assault and I also liked Skulltag's Invasion mode. I wondered if you somehow could combine both with single and multiplayer modes in mind? The idea of defending your UAC base against hordes of incoming demons was born - just like a tower defense game nowadays, just less static. I can remember that the first code draft was created by solarsnowfall and later was completely rewritten by Apothem. There was no ZScript back then and a lot of mechanics had to be implemented into the engine first. Once more, I was very thankful that Graf Zahl and Randi were adding all those feature requests. The final ACS library had a total of 3.798 lines and over 100.000 signs. It did all the magic for the enemy waves, the demon spawners, the hud messages and the thrilling action.

After the first presentation had been done, it was easier to recruit some of the most famous people in the communty to join me working on the maps, Skillsaw, Morpheus, Mechadon, Starscream or Vader to just name a few of them. With a crew of over 30 active or passive contributors, it took until November of 2010 to finish the project and release it to the public. Even though the endgame phase was considered to be repeatative and challenging, the overall reception was very positive. And after some enthusiasts from the Zandronum community provided mods to improve the cutbacks of the original, I am happy to still see servers running Stronghold with a full set of 8 players up to now. That was what I hoped for!

The thin line between failur and success

So what was the difference now? In the past 20 years, I supervised around 8 larger-scaled projects, with 6 of them winning trophies at the Annual Cacowards over at Doomworld, with mostly positive receptions and being mentioned as references up till today, even beyond the borders of the Doom communitues. I don't consider myself to be the greatest mapper or visionary of all time, and I have proven to be a human-being with faults more than only one time. But I think one of my talents is motivating and inspiring others, keeping track of many processes running in parallel and tying all strings together into a solid knot, like I did for the ZDoom Community Map Projects.

For Stronghold I always had a very precise vision, an overall picture of the final product. I was open to suggestions, I appreciated the support and cooperation with my teammates, but it was me who made decisions in the end, according to my personal vision. When thinking about The Shores of ZDoom, I think that such a clear vision or a focused direction was missing. Everyone had his own idea, and everyone moves in a different direction, distorting the development process - just as it sometimes happens with politics. Instead of one person in charge, we had too many leaders.

For me it was the right decision to leave the TSoZD project. Now, even years later, with regard to a previous chapter of my farewell, I have found it to be a good one as well. And with more time on my hand, I finally had the opportunity to start with an affair of the heart, that I thought about since playing Laz Rojas' mods for th very first time: Blade of Agony. 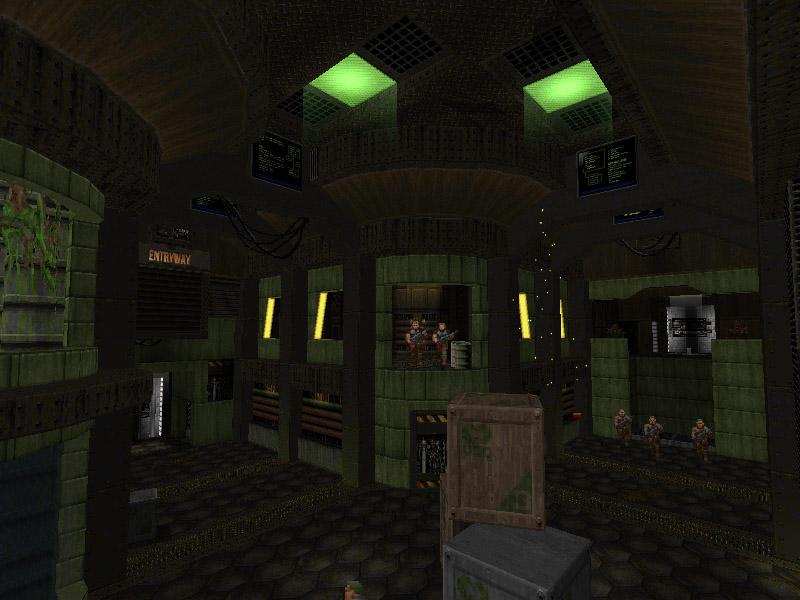 The ZDCMP2 was one of the most succesful community projects of all time.