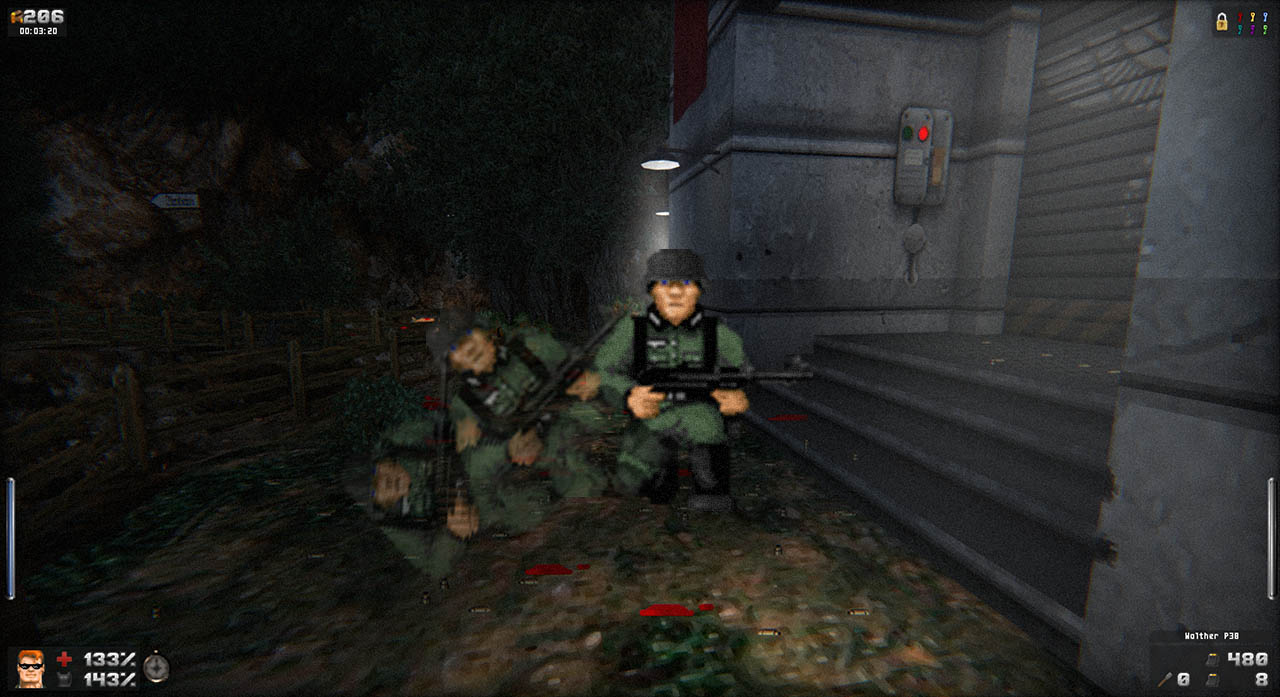 First of all, happy new year to all of you out there. Since our last news item it's been almost a year, and even longer since the release of Chapter 2, so I thought it was about time to let you know: We are still working, harder than ever to be clear. The past 12 months have been a hard time for us developers as some of us had to struggle with job and family stuff. But even though progress has slowed down, we kept working. Not only regarding the 3rd chapter of Blade of Agony but also with improving what we have already released. Why? Because we are listening, and we take your feedback serious.

Shadows of the Reich has received mixed reviews. Where some people loved it from the beginning to the end, there have also been others with some gripes that made a good point and therefore we wanted to make sure that these issues get sorted and with the release of the final game including all three chapters, we want you have the best possible game experience that we are capabale of creating.

With the upcoming development blog entries we want you to get a certain behind-the-scenes inside information about the things we have been working on, we have improved and added. It hopefully will make waiting for the final chapter a bit easier. This is the first one of many more to be posted so stay tuned and make sure to get back from time to time, it's worth it!

One of the problems that we've faced in the past is the AI (artificial intelligence) of the soldiers. People forgot that the main code of every enemy soldier is based on Doom's demons and zombies - no need to be pretty smart, it's simply "walk, aim, shoot/bite, loop", nothing less. We are aware that human beings (even though they are Nazis) should act a bit less predictable and that's where we started to interfer. First of all, we implemented a mechanic, that made the soldiers try to dodge your attacks from time to time (this is what you can see in the screenshot above). Next to that, tossing grenades or having little health makes enemy soldiers finally take cover or run away, makes sense, doesn't it? Last but not least, some enemies don't leave their covered zone until you are getting closer, instead they stay where they are.  It's not much but gives a new dynamic to the battles and feels as an appropriate change. Let's see what our coders AFADoomer and Ozymandias come up with in the next months to make the gunfights even more challenging - stay tuned!