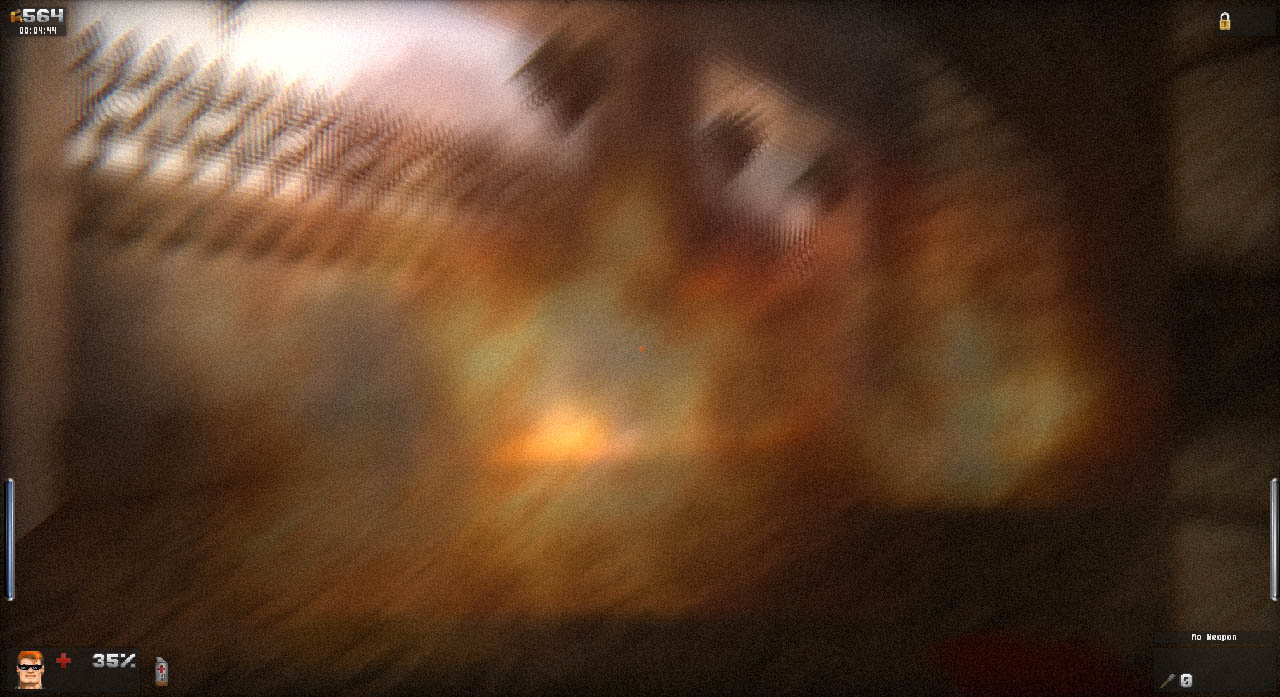 Shaders being added to the GZDoom engine opened a completely new dimension of special effects to mods. We have already introduced the power of Post Processing Shaders with noise, flares or motion blur but this is only one part that can be controlled by the player. Next to that, shaders can also be used to enhance the atmosphere and realism of a project and this is what we took advantage of.

Imagine a long endless street in the desert, it's daylight and the sun is burning merciless to the ground. If you look closely, you can not even feel the heat, you can see it, directly on the asphalt and in the distance of the horizon. You can see the heat in the air. This is one example of an effect that we've added to various occasions of the map where you can find hot places in the game (e.g. lava rivers, hot engines). Another addition is the distorted player view when a grenade or a rocket has hit you. Instead of seeing instantly clear again, you need some time to rehabilitate and to normalize your view. Sure these changes also affect the gameplay but it's a very realistic and interesting addition that makes the environment and the battles more intense.

These shaders by the way can even be applied to textures only which will give you a totally new experience in the intermission cinema at the hq. Finally we have those scratches and flickering light that every diascope has had in the 1940's.