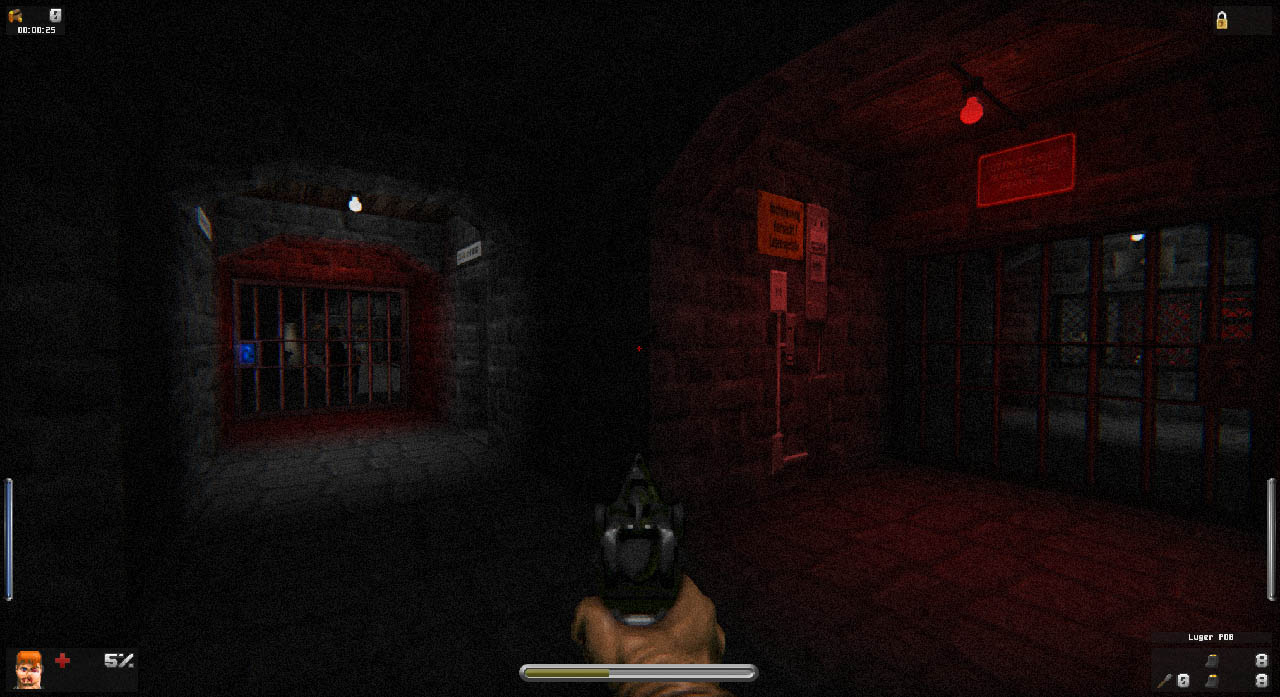 Creating a project in the scale of Blade of Agony, you tend to try out things that haven't been done before. Having some kind of Metal Gear Solid introduction to Chapter 2 where Laz breaks out of a prison was a brave undertaking, but also very dangerous. Will players accept a completely new mechanic in a Doom mod or will they decline it? The community's response was mixed, some liked what we achieved and some people simply said that we horribly failed. For us to be honest it wasn't satisfying as well but we knew that with some fine tuning and improvements we can make the mechanic as perfect as possible when it comes to playing it. And so we started all over again...

AFADoomer took a very long time to improve the scripts in Operation: Ausbruch (C2M1) and I can remember that it took me almost the same time to play the map over and over again, changing things, editing actor placement and structures, to make them benefit from the script changes. We can firmly say that the escape is a lot more intuitive now and many things that felt like being totally "random" can be controlled now from the player's point of view. Though we didn't want to make it too easy so you can expect a few interesting mechanics like alarm switches that can be activated by guards and draw other guards attention towards you. And as this would be too much effort for only one single map, you can expect some more of that gametype in Chapter 3 - this time the way it is meant to be!