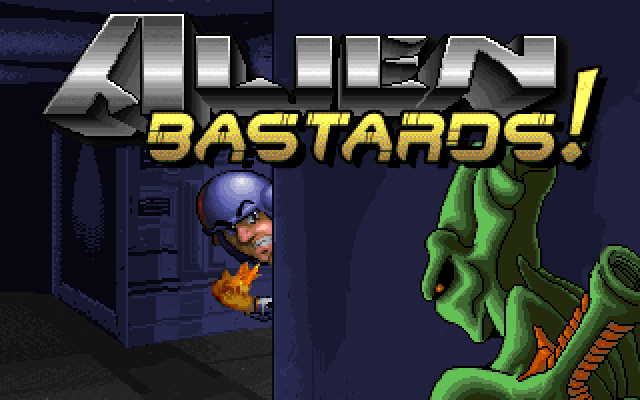 "It ain't easy being a former 90's action game hero in the 21st-century gig economy. But when wily alien bastards kidnap Earth's accountants, you might just have a chance to relive your glory days! Ok, ok, maybe it's not the sexiest mission, but it'll pay the fuel bills this month. So grab your flamethrower, put that old blue helmet on, and get ready to kick some alien ass! ... right after a quick nap."

ALIEN BASTARDS! is the 13th monthly limit-removing project from the wild and wacky folks in the Doomer Boards community. This set, their first partial conversion, features 8 maps of (ahem) "Alien Carnage" 1 credit map, and a MAP30 menagerie showing off the many custom resources. Check the credits text file for complete credits, but special mention to this forum's own Skelegant for the alien imp/sergeant sprites, which feature in several of the new enemies. Get the download and more info just here.