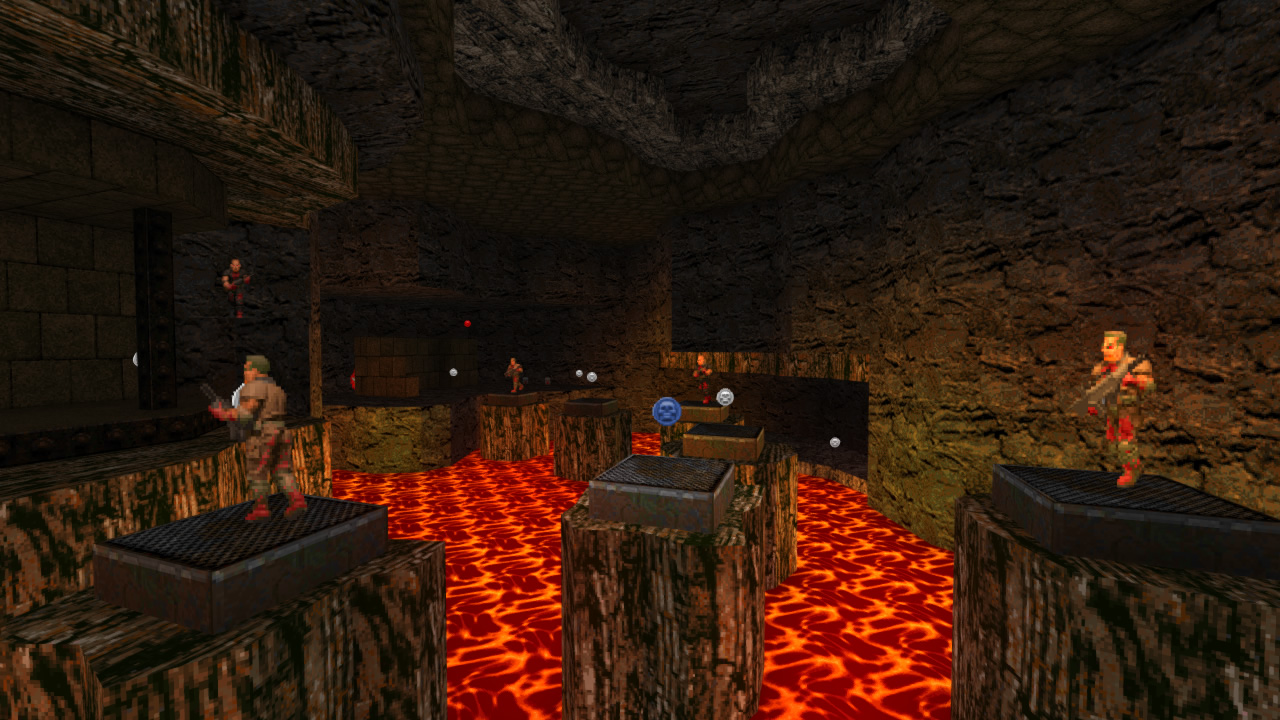 Over at Doomworld I just spotted that Dragonfly is preparing the release of his official expension pack for Skulldash, the Fast-Paced Speedrun Arcade Mod released in 2015. It is receiving a major re-release, which he has been referring to as the Expanded Edition! So what can be expected? This release will land on the two year anniversary of the original release, October 22nd 2017. The expansion pack features 15+ new levels by Dragonfly, Remmirath, Bauul, Tormentor667 (yes, that's me), Jimmy, Dreadopp, Xyzzy01, AtroNx and kyle2959 as well as upates to all previously existing levels, ported from Zandronum to GZDoom, a scoring system and finally a highscore-logging. For a video, just read on or check the announcement thread.