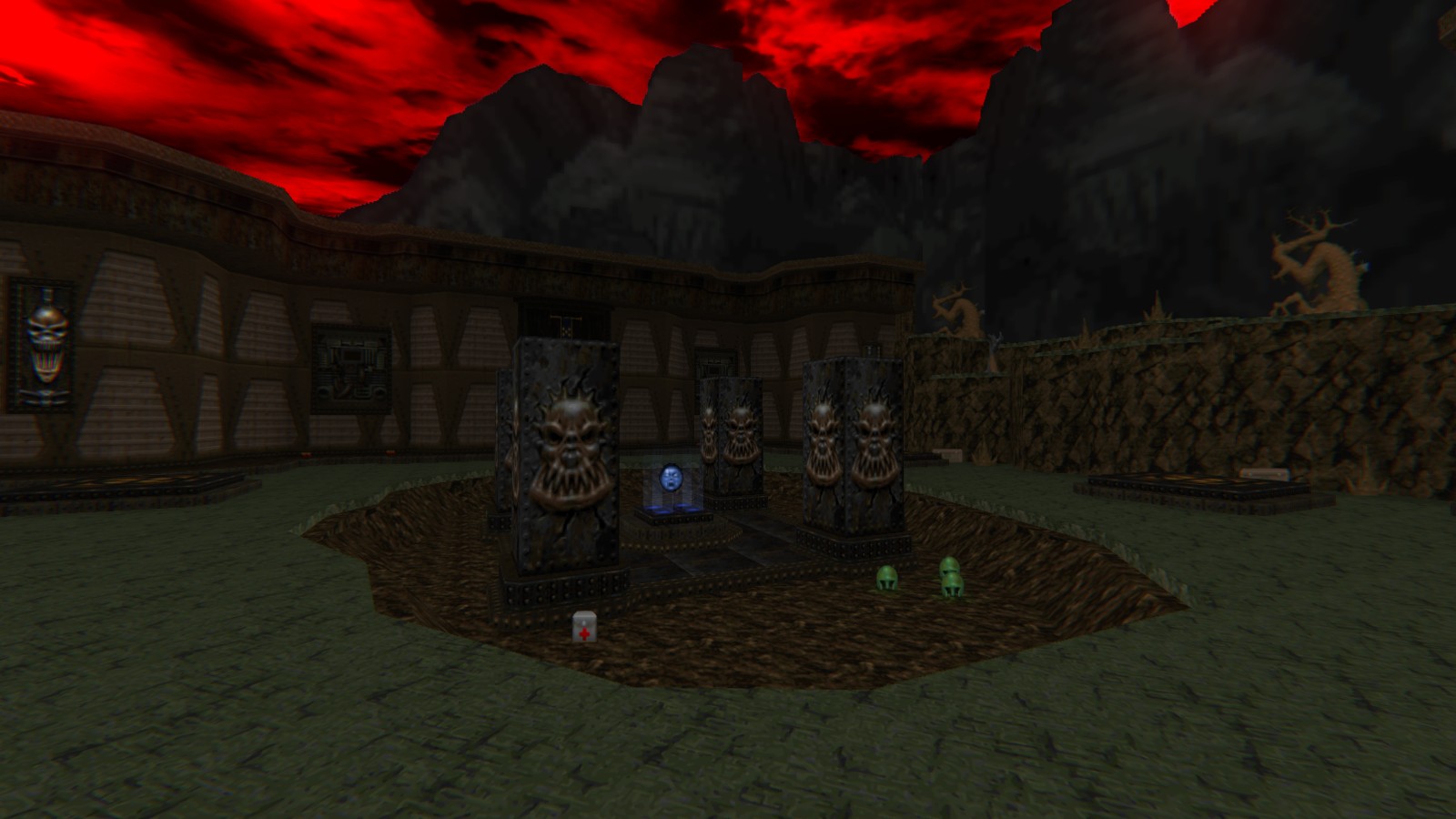 Ten years ago, the Ultimate Torment & Torture was uploaded to /idgames. A lot of things have been said about it. Some good. Some bad! But for TerminusEst13, alongside Scythe 2, Dissolution, Psychic, Equinox, Agent Diaz, and other things, Ultimate Torment n' Torture is one of the old projects that got me into the Doom community and inspired me to start modding it.Ten years later, and gameplay mods have become a huge thing--possibly one of the biggest selling points for using GZDoom over other engines. Gameplay mods have exploded both in popularity and ease of use to make. They may not be the "proper" way to play the game, but it's fun to go through mapsets we love and experience them in a brand-new way.

In February 2015, Skillsaw came out with Valiant, a truly magnificent mapset. It made use of custom monsters and weapons combined with his skill at mapping and created something astounding. In December 2015, Skillsaw took it and made a "vaccinated" edition, removing the custom monsters and weapons and replacing them with vanilla equivalents, providing an alternative mapset that people could play with gameplay mods. It wasn't the intended experience at all, but it sure was fun to go through.

TerminusEst13 has realized the same thing, but for Ultimate Torment & Torture. For the most part, this is still the same mapset as Ultimate Torment & Torture, only extremely minor changes to the maps have been made for streamlining gameplay (i.e. the open courtyard on TNT01 is no longer cluttered with stalagmites, the lowering-pillars on TNT04CN lower slower, etc). The only major changes have been in enemy placement, variety, and what type of enemies there are; with this, people are now able to play through with the gameplay mod of their choice, providing a new way to play the game.

Amazing work and thanks for realising this - time to play my old mod once again with a different flavor. You can get further information and the download links at the ZDoom forums' thread.