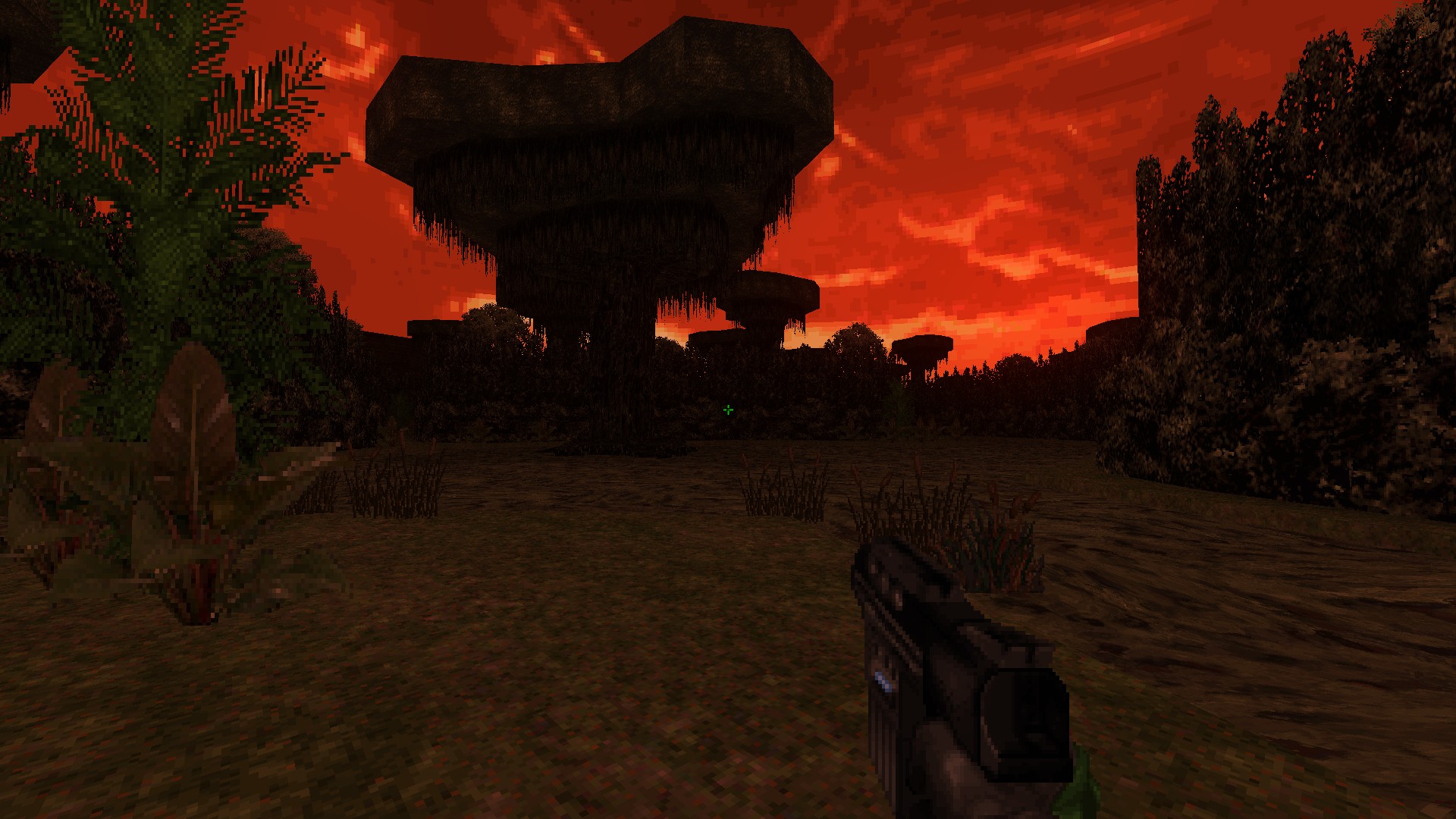 Back in the day I don't think people would have really gone for this whole "corporation as state" thing, but I guess back in the day they didn't have to deal with portals to hell ripping our dimension apart. When push comes to shove, if the throne is empty, somebody's going to go and sit on it. Just happened 200 years ago that it was the UAC. They call themselves a commonwealth now, their CEO a president, their shareholders are the public. All told they've done a decent job putting the pieces back together.

This is how the whole Interstellar Enforcer story starts. ReformedJoe has just uploaded a gameplay trailer of his wip-project and it's really nice looking stuff he got there. What is Interstellar Enforcer? In a nutshell, it is a mission based GZDOOM TC for DOOM II. Take doom, mix in a dose of unreal and turok, add a splash of metroid and maybe a little bit of system shock 2 and you'll not be far from the target. You play as an officer of the Interstellar Enforcement Patrol, tasked with policing the obscure fringes of humanities bustling space empire in the future of the DOOM II timeline. You generally do this by shooting things.