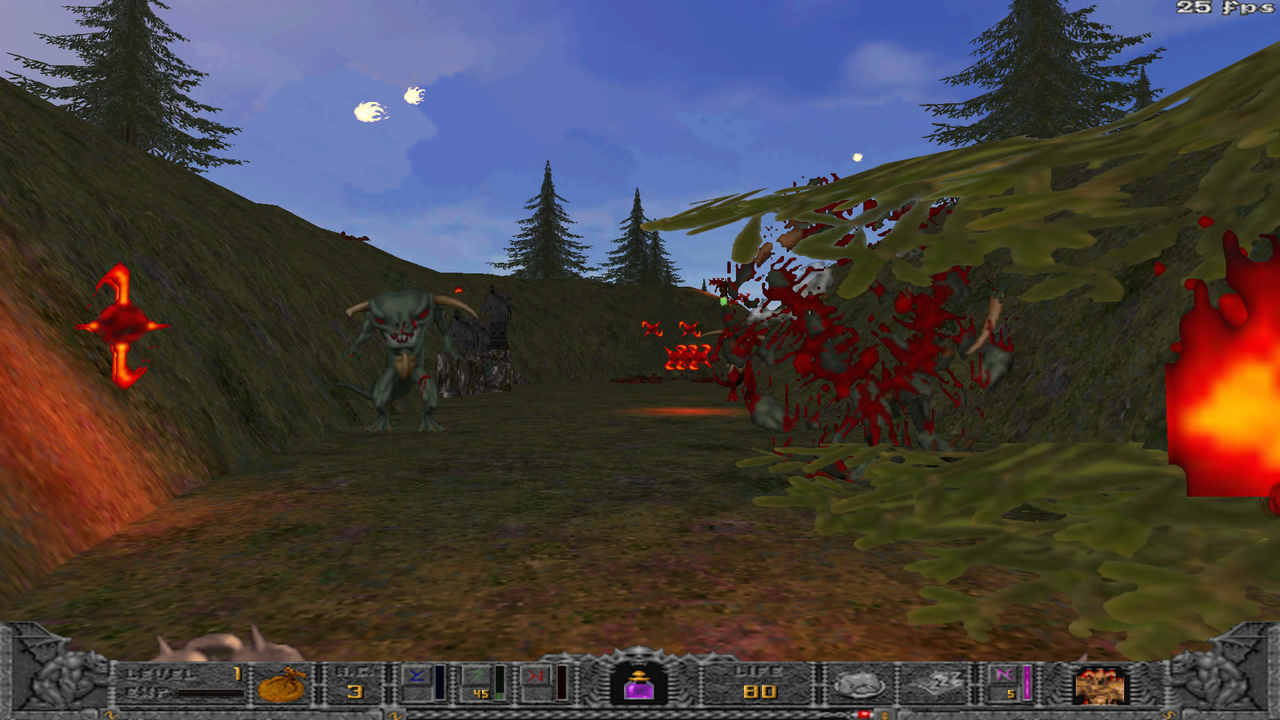 The latest version of Korax' Heritage: Scattered Evil, the FPS-RPG hybrid in the world of Hexen, is now available for download on SourceForge and ModDB. So what is the mod all about? One strong feature of Scattered Evil is how it approaches the mixture: acknowledging there is no “perfect balance” because each gamer is different, it allows the player to mix the two elements within every single game between the pre-defined limits. A player who is very good in first person shooters can concentrate on that element of the game, set most RPG features to automatic (e.g. skill distribution when leveling up) or discard them altogether (e.g. skipping on doing sidequests and exploring dungeons), and breeze through the game more with his motoric skills than any collected items – while it is easier to defeat a uber-heresiarch at level 50 with highest quality magic weaponry that takes 10% of his life in a single shot, it is also possible to defeat this boss at level 10 with a tier one regular weapon that needs 500 successful hits to finish him off. On the other hand, the player can choose to explore every dungeon to the last cell, find and finish every small quest and reach the highest possible level and acquire the best possible equipment before attempting to face the final foe. So what's new in version 1.8? Read more for details!