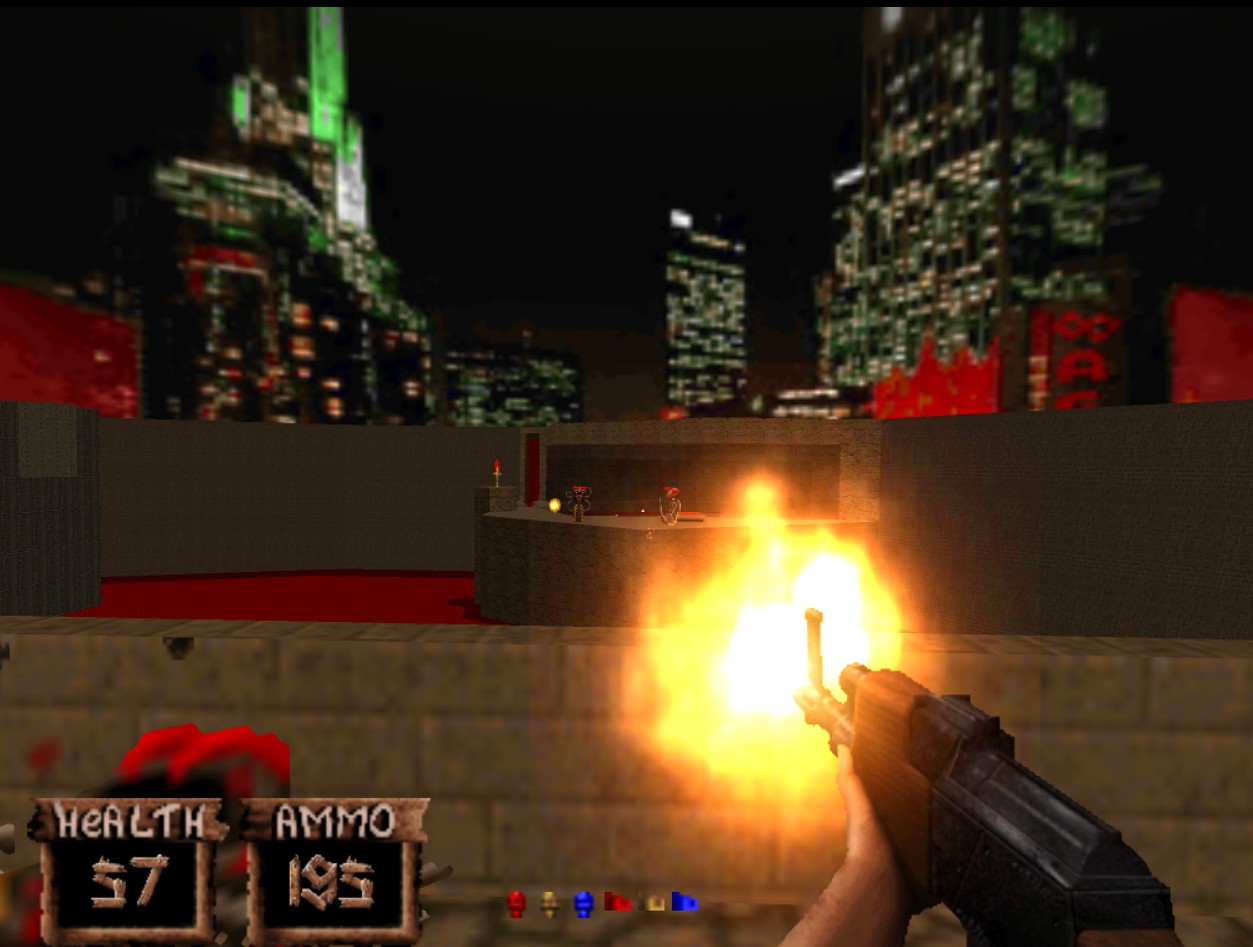 Throughout the years you can see a lot of mods that aims to be callbacks of old games. We could spend hours talking about amazing mods in the past that ported (partially or not) games like Duke Nukem, Shadow Warrior, Blood or even the likes of Quake through the sheer power of (G)ZDoom. Doomed Redneck is the most recent mod to follow this trend, bringing back the old Redneck Rampage - sometimes referred as an underapreciated Build Engine game from the 90's - into the scene again.

According to Nailz the Ravager ( aka NailZx128 in Doomworld forums), the mod's creator, Doomed Redneck is a remastered version of his previous work Redneck Rampage In Doom. Up to this post writing, Doomed Redneck is in alpha stage (being released November 12 of this year) but already shows a lot of promise, specially with the smooth and carefully animated weapons and lots of special effects. And speaking about weapons, all the classic RR weapons are there, from the good old revolvers and coachguns to the infamous entries like the chicken crossbow and the boob gun.

Grab it on the oficial threads at ZDoom.org and Doomworld.com.