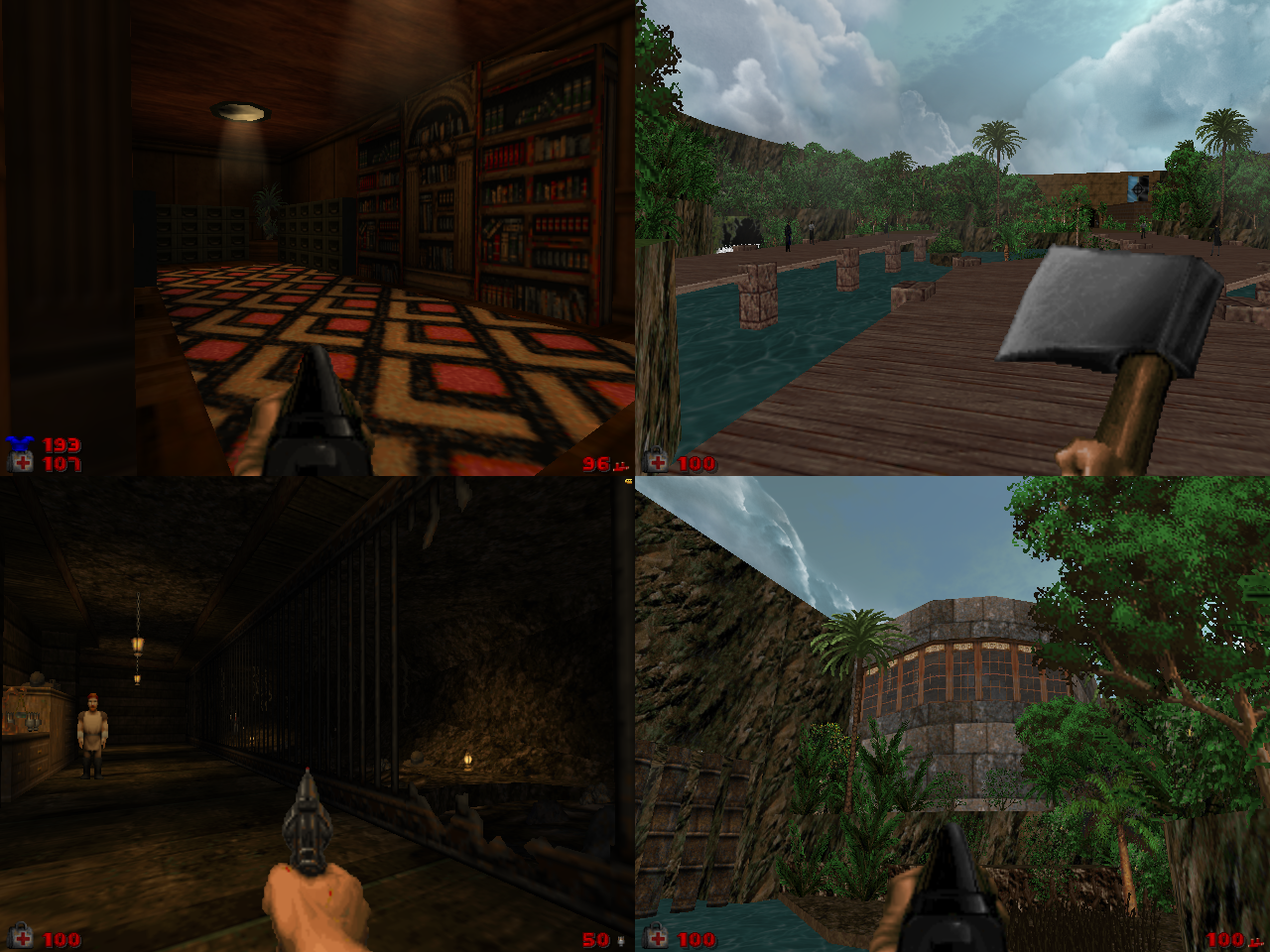 One of the things I like most about the Doom community is how it can always surprise me, even after so many years. Especially if we are talking about total conversions. Mods like Blade of Agony and Ashes 2063 need no introduction, and the love and effort to craft such masterpieces are evident. WojtTheDoomer, MOTI's lead developer, seems to share this very same passion. MOTI, or Mistery of Tyskie Island is a new total convertion project that is also a remake of his previous attempt with the title. In the words of the author: "The older version was rushed and I didn't include half of the stuff I planned on - this version will have this, and more. It's the MOTI I wanted to create in 2017, but didn't have the skill, time, or will to do." And boy, this guy sure have skills and will to do it now. Although the mod isn't available for download yet, the project seems to be alive and well, with constant updates in its oficial thread on ZDoom.org.

What will the mod feature?

10 levels, each one different - from underwater mines, to mansions, and even sections of cities, all done in a fitting, 1910's atmosphere, featuring a unique mixture of tropics, WW1-esque trenches with primitive bunkers, and Victorian era, steampunk insides!

Over 20 new enemies, including bosses - the most dreadful of Pica's cronies, mini-bosses - commanders of Revolta, and of course the Revolta members themselves, armed to teeth with everything, from Revolvers, to Gardner Guns! And even more enemies which I won't dare to reveal...

A easy-to-follow story with additional background lore with no gameplay-stopping cutscenes! - everything you need to know is told to you by the mysterious voice who guides you through the Island Empire, and you can read up on additional lore by reading notes scattered around levels, written by both sides - the opressed citizens who are on the run for their lives, and the dreadful Revolta higher-ups! Each boss has his own lore, and backstory, and some minibosses do too, all available in the notes. Some of the more, ahem, private notes are hidden, much like they would be in real life...

Secrets! - It wouldn't be Mystery Of Tyskie Islands without the Mysteries...and every level is packed with secrets! Some are hidden in the dense jungle undergrowth, some are hidden between many crates, and some...oh well, you'll see.

To follow this amazing project and its development, check the thread at ZDoom Forums.