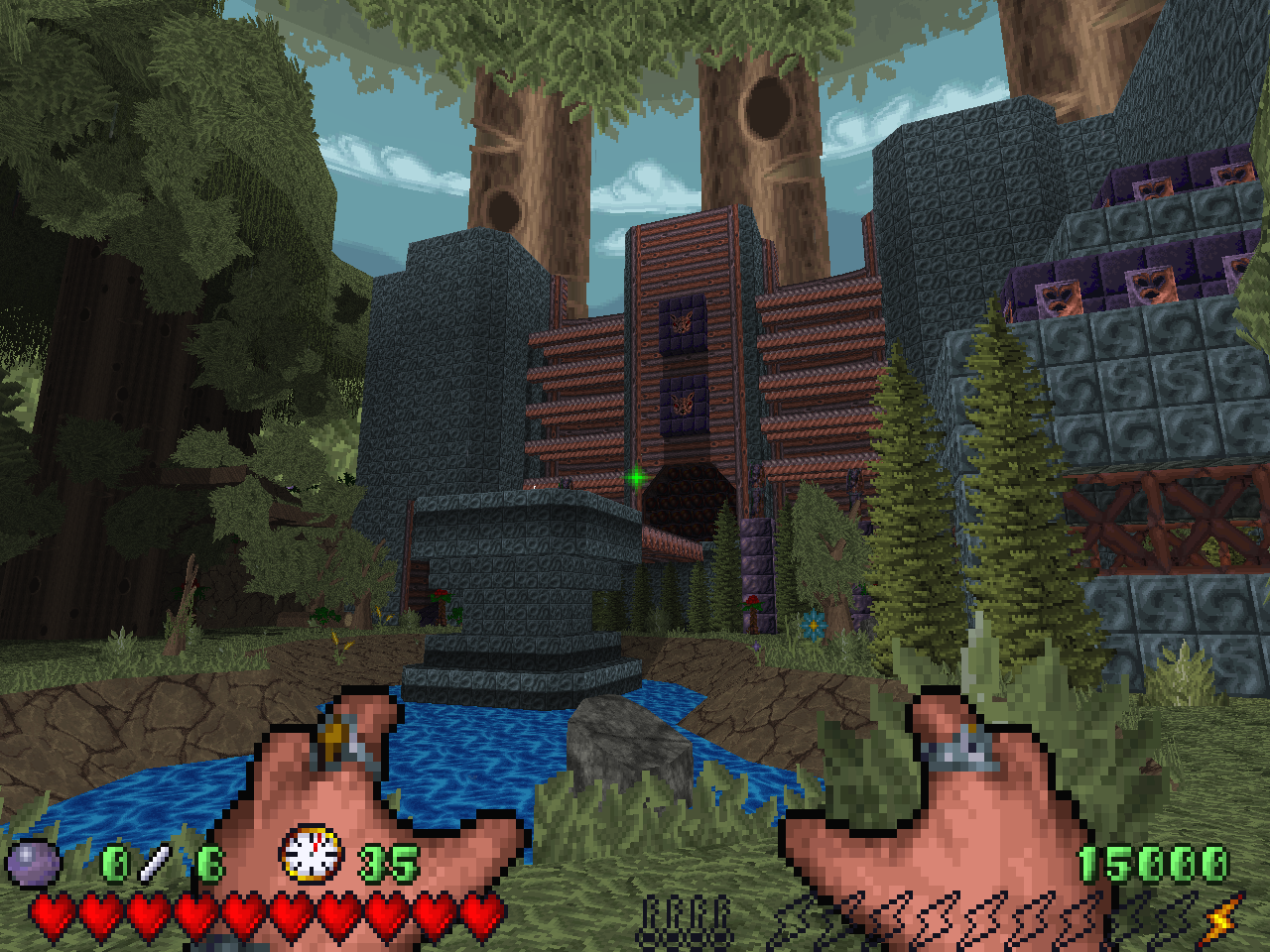 Well, yeah, not the sidescroller from the early 90's but ravage's own approach in turning the old 2d game in a 3d environment - and man, it's so good at doing this. Hocus Pocus Doom has relatively the same features as the original Hocus Pocus. You complete maps by collecting all available crystals. However, you can also find red crystals that let you warp to secret maps at the end of the level. You are awarded points for finding treasure, killing enemies, and completing each map within a time limit. At the end of every episode your highest score will be recorded. NightFright pretty much put it in a nutshell with his review:

"After staying away from this until it had reached final release status (which was REALLY hard to do), I have now played the first few levels and gotta say you ABSOLUTELY nailed it. This is what I would have expected from an official 3D sequel made by Apogee themselves in the 90s if they had done one. Level design, enemy behavior, shooting (no hitscanners!), sounds, music... it totally takes you back to the old days while still delivering on the visual side. Of course you have a slight advantage if you played the original game since you recognize the game mechanics right away, but it's not like anybody who doesn't know Hocus Doom wouldn't get used to this within a matter of minutes. And it's still so addictive to collect all the treasure, no difference to the original at all. There's also a great visual variety throughout the episodes which cannot be praised enough."

Anyway, make your own experience, this release is top quality, and a definite winner of the Annual Cacowards - I'd bet!