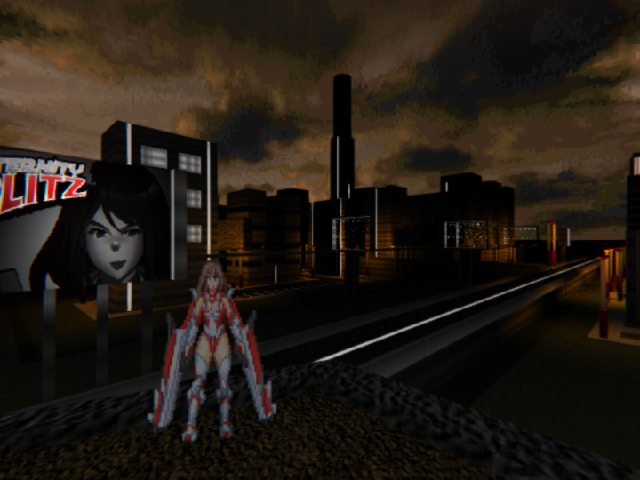 Standalone games based on Doom are getting ever more popular - Hedon is one, but Memoirs of Magic also fits the bill. ZDoom resident NachtIntellect has been working on his first project for a few months already, and he instantly aims for the stars - A full blown standalone game, using GZDoom as it's base called Eternity Blitz. Described as ''a retro shooter where it feels a bit like a game of speed and agility'', where the player moves in such a way that allows it to engage with enemies in order to gain boosts to some of their stats.

Combo's and specials would be made possible through special meters and NachtIntellect is thinking of the idea to have each enemy have a stage where they change tactics too based on their health values to provide a challenging experience for the players that runs very smoothly. Up to 12 weapons are to be planned along with 28 maps for your enjoyment. Storywise Eternity Blitz tells the tale of Yuihachi Haas, Codename: ''100 Wespenschwerm'' in the year 2069.  After returning from a vacation, He receives a distress call, only to look over a cliff and find out the soil is rotted and the city is on fire. Demons have invaded through some means and it's your turn to apply the brakes on the scum.

Featuring an epic soundtrack by none other than Jimmy, the Midi Maestro from Hell, Eternity Blitz is set out to be a wickedly fast-paced shooter that should run like a Lost Soul gliding on ice: Buttery - and  i mean buttery! smooth.  An very early alpha is available at the source link, but for those who want to be on the pinnacle of development, follow the Eternity Blitz Discord.