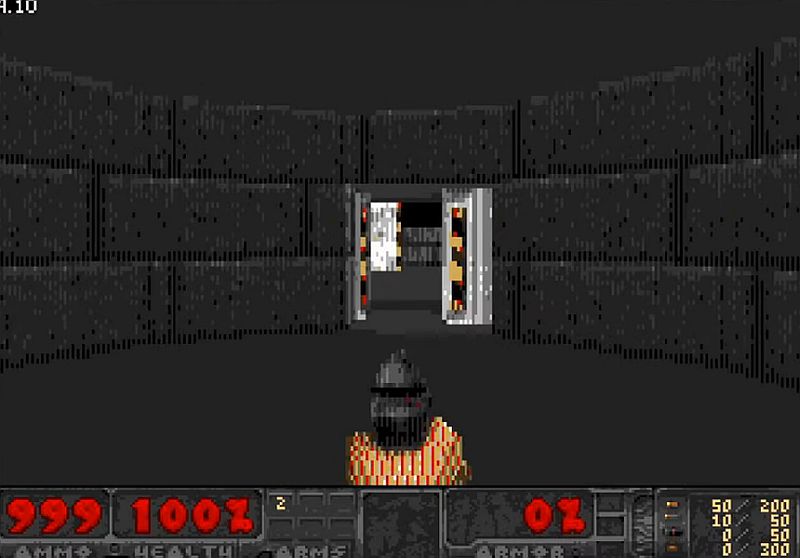 No, you aren't looking at an unreleased map of the SNES version of Doom. But you are looking at something that's equally impressive. Doom has appeared in the past on Amiga, but due to the inherit nature of the machines, they required an Amiga 1200 and quite a few megabytes of RAM to function. Dread pulls a card that is pure wizardry: It acts as a Doom clone, but does it on the Amiga 500, from 1987.

This game has its roots in the demoscene: An underground culture that focuses on releasing demos and software pushing the limits of the devices they run on. Dread is also done by a member of said scene, Krzysztof Kluczek has this game running on a mere Amiga 500 with 1 megabyte of RAM. Now, there is some trickery involved: It does not actually use the Doom engine. Similar to the SNES version of Doom, Kluczek has written his own highly optimized renderer that as of now runs assets from the FreeDoom project. To construct the levels, however, he uses Doom Builder, meaning the engine can understand Doom BSP's.

The result? The Amiga 500 saw only one proper shooter in its heydays, called Cytadela, and it had more in common with Wolfenstein 3D on a postage stamp size screen. Dread, however, manages up to 15 FPS on a stock Amiga 500 with 1 MB expansion. You have to see it, to believe it. And you can with the video that is found in the link, where Kluczek explains how he gets his technology running and how he constructs the levels. Its an unusual sight to see, but Doom inspires developers to this very day. Be sure to also check Kluczek's other game Silas's Adventure - A Wolfenstein 3D styled dungeon crawler for 1987's Atari Lynx!