Fancy a shadow without breaking the hardware, with GShadow Resurrected 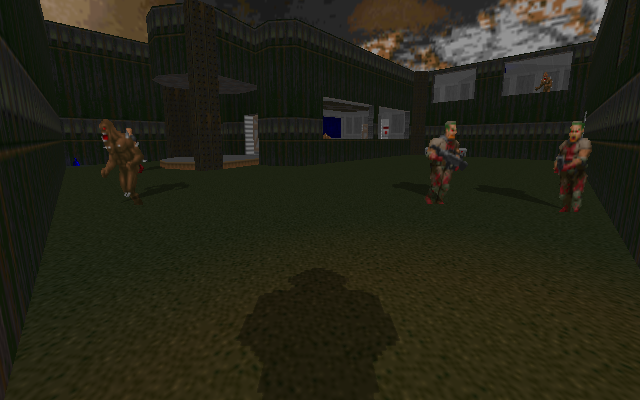 The devil is in the details, is what people used to say. This also rings true for Doom.  For such an old game it is no wonder that shadow generation is not one of its strongest suits, especially when it comes to monsters. For some time for (G)ZDoom users an alternative existed for quite some time, called GShadow, originally made by sonic_HD87. This gave every actor (monster) in the game its own dynamic ''blob'' shadow. Because it consisted of pure DECORATE and ACS code, it didn't break the bank on your graphics hardware and it was also available for ZDoom. Other ZDoom based implementations however fell short, however.

Modder TDRR,  who you may know of the TDBots project picked this up and has now released GShadow Resurrected. A significantly refined implementation of the original that can now also run on the Zandronum port. But there is more. You can stick with the regular ''blob'' shadow, or you use one of the socalled ''shadowpacks''. These packs change the shape of the shadow to be more realistic - So far all vanilla actors, including DoomGuy, are properly shadowed. And it runs both on the software and hardware renderers.

Do note that not all gameplay mods are supported, only those that leave monsters and decorations intact. Only exceptions include DUBG, if you enable Dehacked Compatibility, and possibly MetaDoom. You can disable it mid-game by setting the gs_enable CVAR to 0 or FALSE. You can also disable shadows being casted outdoors without any nearby light source with the gs_outdoorshadow CVAR.

All in all, GShadow Resurrected gives modders and level designers an easy but powerful tool to add shadows to their works, without impacting your hardware too much. Head over to the thread to read how to implement GShadow support in your works!