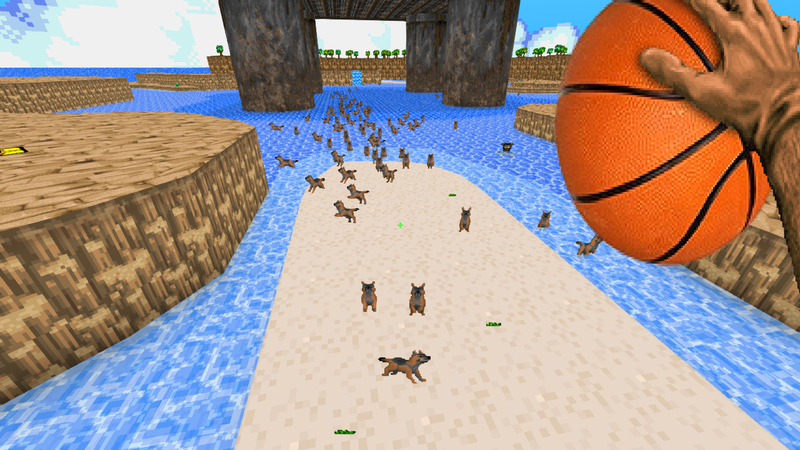 Welcome to this special Saturday edition of Realm667 News! Why is that, you say? Well, simple! Glorious leader of pure ACS (and soon ZScript) fun and Eternal internet whiner Kinsie (Together with The Shadsy) revealed Reelism 2. Almost half a decade later and nine years since the original launched are they back with one of the more popular and famous modifications in the Doom community and beyond. Embracing the move from ACS to ZScript where possible, Reelism 2 promises the same hilarity of the original + more.

If you never played the original Reelism, here's how it works: It's basically an arcade survival mode where gameplay is split into five sixty-second rounds. At the start of each round, three modifiers on a slot-machine style display are re-rolled, changing gameplay rules and what weapons and monsters spawn. Some of these are fairly normal, like, say, "explosive weapons" or "Imps and their many variants". Some are quite a bit less normal, like "drive an invulnerable tank", "swarms of the dogs from Wolfenstein 3D" or "shrink to the size of a Pinky's toe". If, after five of these rounds, you've somehow managed to stay alive, a strange and wacky boss will swing by to finish you off. Defeat the boss to achieve victory! Alternatively, die hilariously and vow to get a higher score next time!

Reelism 2 is still heavily in progress since the vast amount of mechanics is being rewritten. However, with the legacy of the original being the catalyst for this sequel, it is clear that Reelism 2 will deliver. I mean, you can dunk on dogs with a basketball and attempt to eat a salty dog flask (???). All in all, in Reelism 2, canines aren't a Marine's Best Friend. ;)