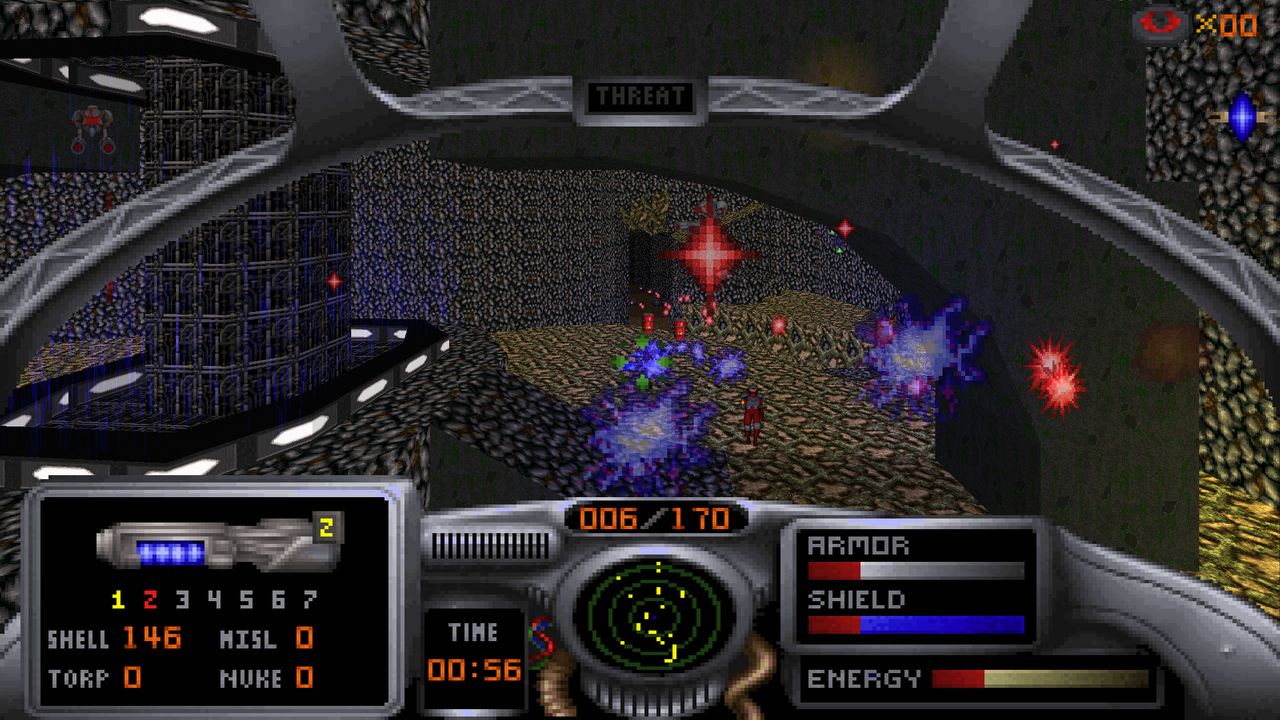 How are we all doing, readers? After a rather lengthy absence, i am back to provide you with the news you should not have missed! This time in a less often publicized format, but at the very least you can ensure that what gets covered is a treat! Today, i like to mention RAD. It's an engine remake of the oldskool nineties Radix: Beyond the Void. The game pays homage to Doom with a level clearly inspired by it, but there are more similarities. The Radix technology is quite similar to Doom's rendering technology, enough for DelphiDoom and FPCDoom author Jval to craft a new engine based on DelphiDoom which is thus called RAD.

The engine interprets the Radix.DAT file that is presented in the v.2 remix version of the game. Jval has gone to lenghts with his new engine, even allowing new levels to be made with Doom Builder 2 and to be converted over with a seperately developed tool, RAD2WAD. Currently, the RAD Engine supports the following:

License: GPLv2 license. This applies to the source code and the executable only, not the actual game data.

But beside the similarities to the Doom Engine, there are also fundamental differences, such as:

To summarize, RAD has (heavily) modified physics, and more enriched scripting/content definition mechanics. The software rendering subsystem has been significantly improved, while the OpenGL rendering is completely broken and does not work(!). Map actor/enemies 's logic was implemented using scripting (ACTORDEF scripting, a DECORATE - like content definition language).

So what are you waiting for? RAD represents an unusual sidestep in Doom's source port family but by all means a unique one. Try RAD out and see the results for yourself!