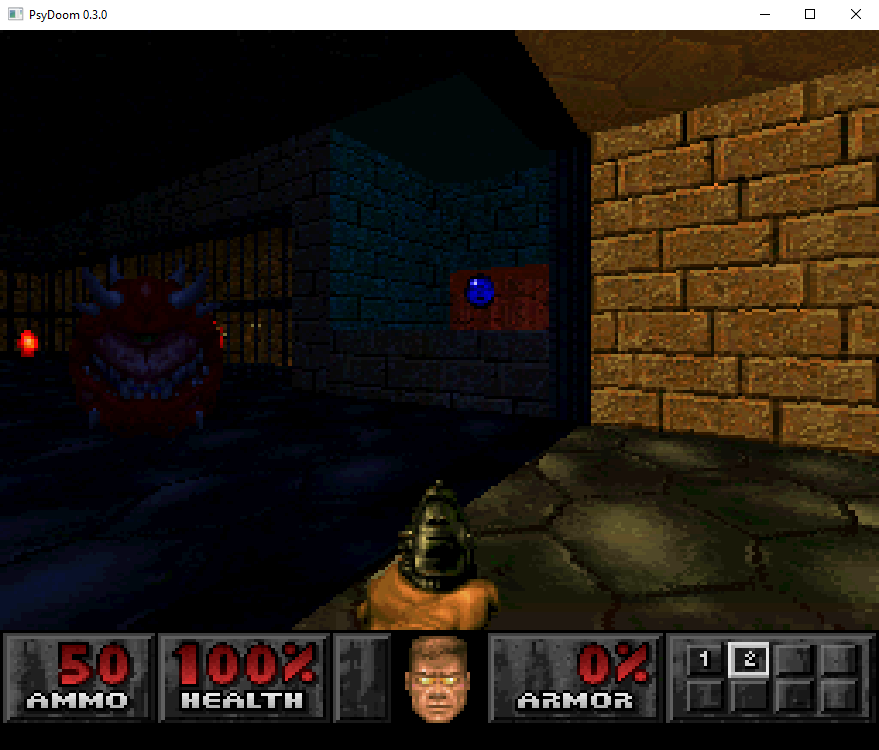 I have wanted to write about this project for some time now, but i decided to wait until an important milestone was reached. For those of you who do not know, PlayStation Doom was (and is) a unique version of Doom, not in the least because of the various visual features it adds, like colored lighting. Ever since the dawn of time (Well, slightly less) projects have been undertaken to achieve a similar look to this very version of Doom. 2020 is however shaping up to be pretty special. With GEC Master Edition trying to backport the Ultimate Doom and Final Doom levels to the PlayStation, and PSXDoom-RE being a reverse engineered undertaking, PsyDoom by Intacowetrust (creator of Phoenix Doom, a backport of the 3DO version of Doom to PC) brings PlayStation Doom ever closer to the PC. Working together with the authors of PSXDoom-RE, PsyDoom's intent is on providing a clean, native version of the PSX Doom internals on to PC.

With the 0.3.0 release, the goal has moved ever closer. The new features are as follows:

PsyDoom is thus within spitting distance of bringing the native renderer, including colored lighting, to PC, allowing users to play this wonderful version of Doom natively, and providing a basis from which others can work on. Participiate in the DoomWorld thread and be part of something very special in the making inching ever so closer to final release. And while you are at it, check GEC Master Edition and PSXDoom-RE out aswell! Doom on PlayStation is not just a memory of the past - it is a project of tomorrow.