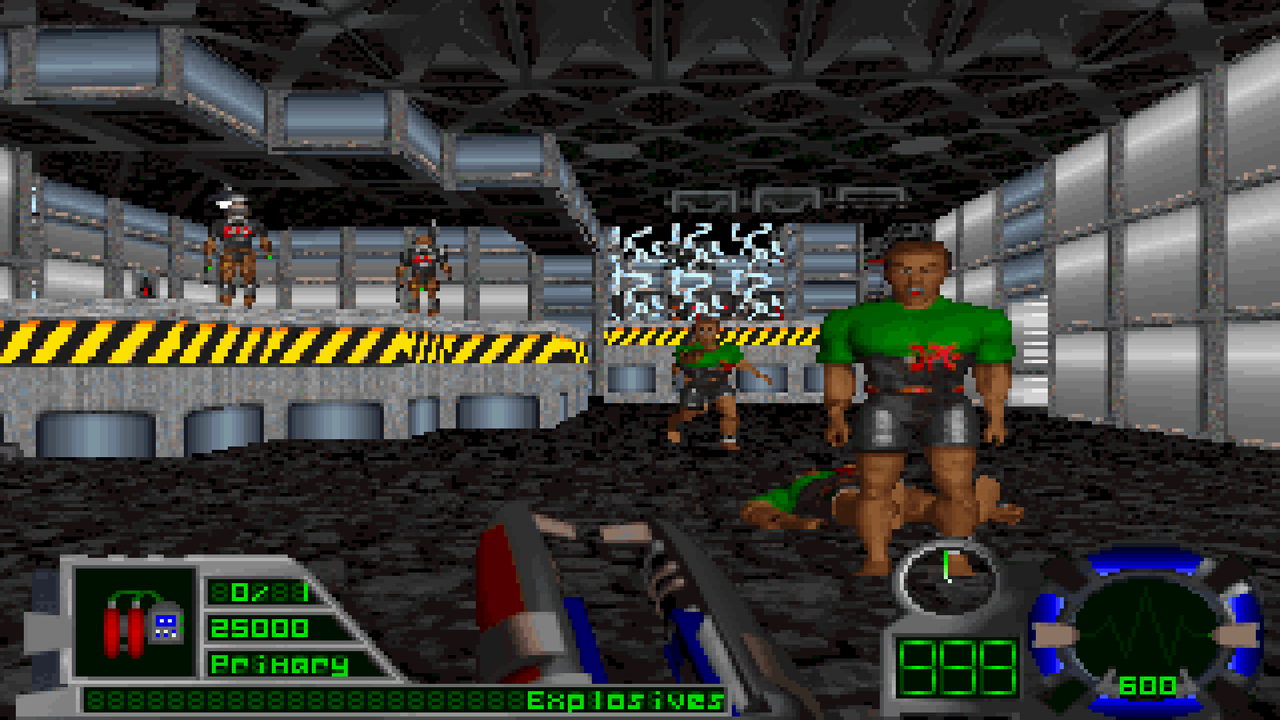 Between Wolfenstein 3D and Doom, id Software worked on an intermediate engine that was used in the game Shadowcaster and licensed to Raven Software. Called the Raven Engine, the code was also given to publisher Softdisk, and it saw subsequent use in a lesser known title, called In Pursuit of Greed. This 1995 game was developed by Mind Shear Software using this technology. Like the Build engine, The Raven technology is primarily a renderer that provided a significant enhancement over the Wolfenstein 3D engine, but it lacked behind the Doom engine. The source code to Greed and its version of the Raven engine was released in 2014, along with a unfinished Windows port

DelphiDoom/RAD developer Jval has been working on what is the very first source port based on this codebase, called xGreed. Basing itself around the available DOS/Windows sources and a very tiny snippet of DelphiDoom code, xGreed currently is released for user feedback and to address several glaring bugs in the game itself. It runs in software, but it is fully playable on Windows and is written in the Pascal programming language.  A full list of current features follows:

The port was started on June 12, so its obviously still a bit rough around the edges. Still, xGreed introduces this often forgotten game to a new public, and a renewed introduction with the Raven Engine technology. Be sure to check this out, the game is free to download aswell on the site of Red Shadow Software.