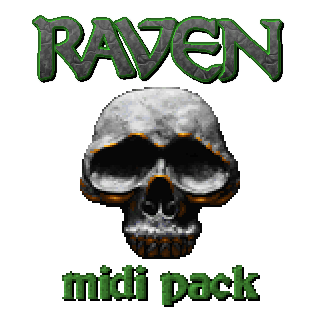 From time to time, Doomer extraordinaire Jimmy plays his magic when it comes to new midi music, in the form of Community Midi Packs. With Plutonia, Revolution! and Rebirth behind his belt,  He and his team of fellow composers now turn to Heretic, with the Raven Midi Pack: An ode to Kevin Schilder.

The full game shipped with five episodes - six if you count the three hidden ''E6'' levels - for a total of 48 levels. Amazingly, the number of pieces in its original soundtrack amounted to less than half that, with a total of 19 unique level themes and 3 more tracks for the title, intermission and story themes. The pack is already well under way, but nevertheless, it never hurts to take a shot at this.

To consider writing new music, please do so only for Episodes 2-6.