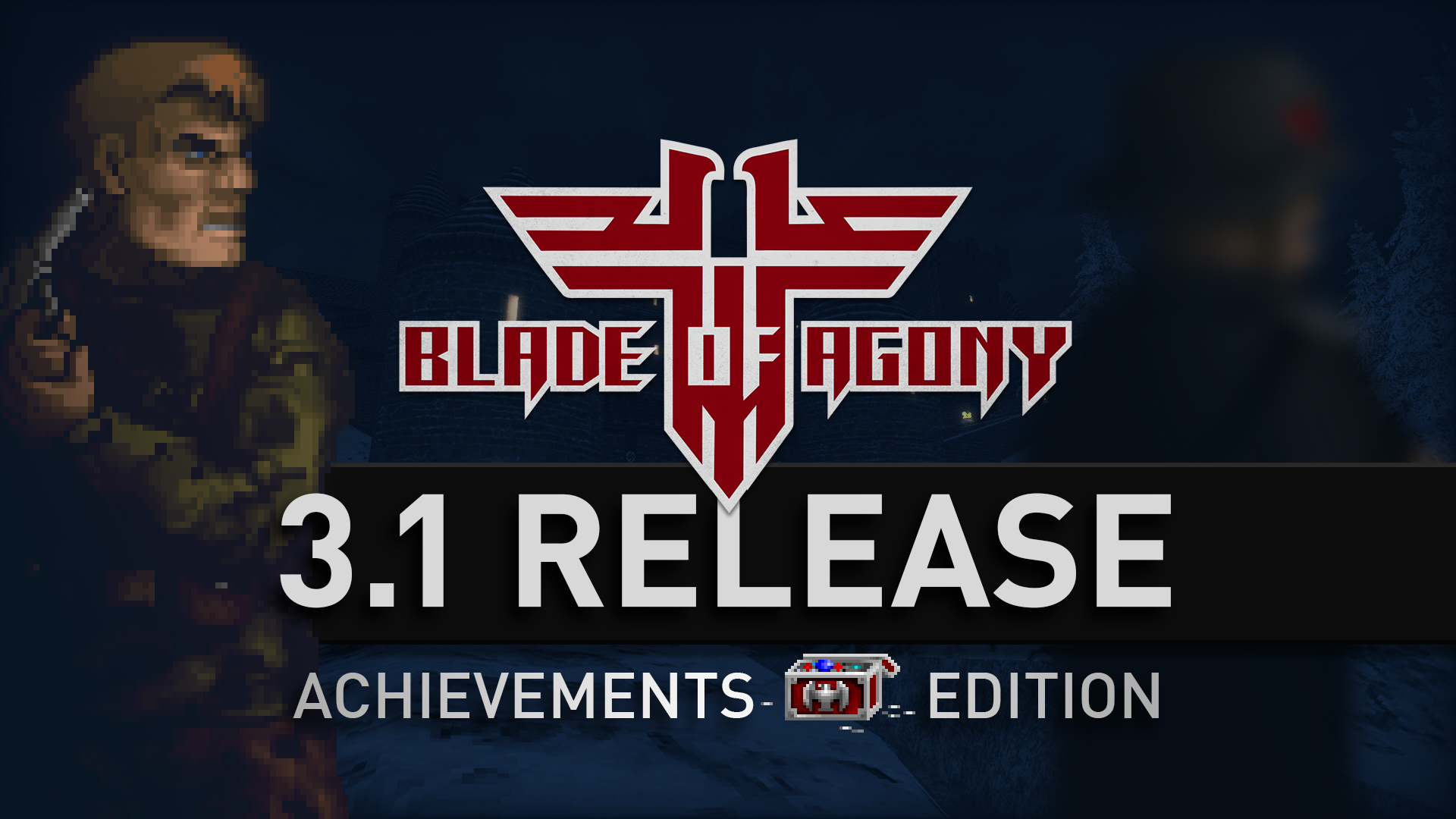 Comerades, it's Friday 9th of July and we hope you are ready to get psyched once again! The new version 3.1 of Blade of Agony has just been unleashed on ModDB's project page. So what can be expected? Is it all censored? Are swastikas gone and are Nazis only generic soldier cannon fodder? People expected the worse, but we can promise you there is no need to fear radical changes.

So what does the latter point mean? After feedback from the players all around the world, we took a closer look at some of the design-choices that we made and asked ourselves if some of the content, that has been considered to be "edgy" contributes to the story and the atmosphere, or actually doesn't. We have made some minor choices and even though some people believe that we went too far or "bent the knee", we think that our vision is still intact without these nuances and we really hope that you will enjoy the new version with all the additions we made.

Enjoy, and get psyched (you know how that works!)
Best regards,

Tormentor667 and the Blade of Agony Team