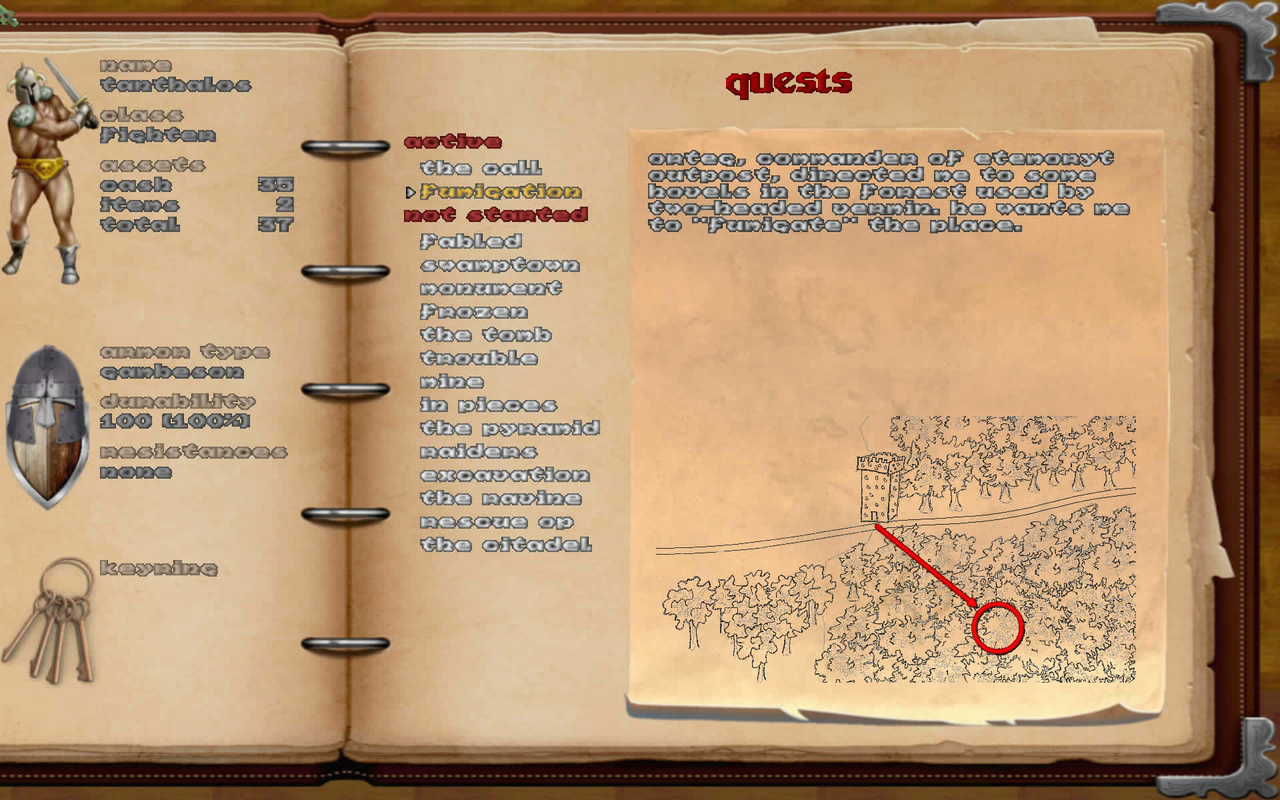 Scattered Evil 2.2 is now available on SourceForge and ModDB. What is it about? Korax' Heritage: Scattered Evil cross-breeds a 3D first person shooter with a fantasy role playing game in the world of Hexen. New features for the updated release are:

Journal Redesign
The Journal has been rebuilt from the ground up - not just visually, but also in functionality.

Sleeve
The left quarter of the Journal view stays the same on all pages, showing general information.

Chapters
All chapters are now single pages with dynamic overlays that change the displayed content when moving the focus to another list item.