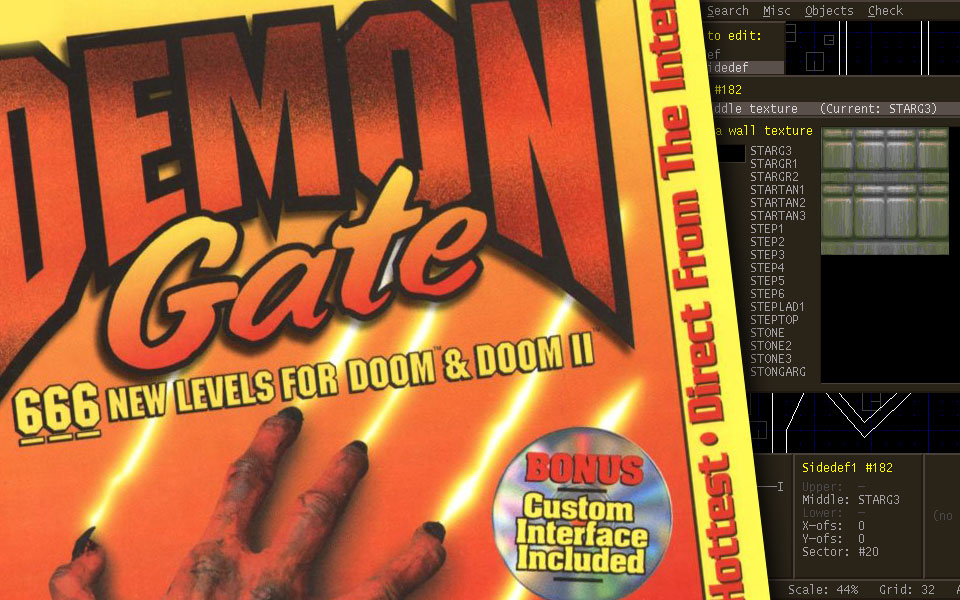 From 1994 on, a huge interest in mapping evolved and people produced numerous quality and not-so-quality material - WAD-CD-ROMs from this era proof that id software's decision to make Doom modable was a clever good choice to increase the game's popularity and is still responsible for the ongoing success of Doom. It still took me about 4 more years to discover the potential when I bought one of these discs (it was called "Boom - Levels und Addons") in our local computer store - fun fact: Doom was on the index in Germany, addon discs were not.

When I got home from the mall, I was totally excited. It was the first time I have ever tried addon wads and editors for Doom, I wasn't even aware in what extend the original game could be customized. You can't even imagine how excited my 10 year old mind was. I opened the disc box, took the cdroom, put it into the cd drive, loaded it and... waiting, 10 seconds, 20 seconds, a minute... the disc was repeatedly rotating into high-speed, slowing down again, highspeed, slowing down - but my computer wasn't  able to access the disc. Nothing, no chance of checking or transfering the data. My quadspeed cd-rom drive wasn't able to read the disc properly. Months later I found out that the addon disc was an oversize medium (700MB) and back then, only a few modern drives were able to handle them.

For me the disappointment couldn't be more devestating - excitement turned into rage (remember, I was 10 years old) and all that was left for me after trying for numerous times, was getting to bed, and giving the disc one day later to one of my friends, Boris "Acidflash31" who helped me transfering the data and pasting the files to a few (or hundreds of, numbers don't matter) 3.5" floppy discs. Man... these have been busy times, but giving up was not an option. I was thirsty for more of what I have experienced in 3 episodes and 32 maps. 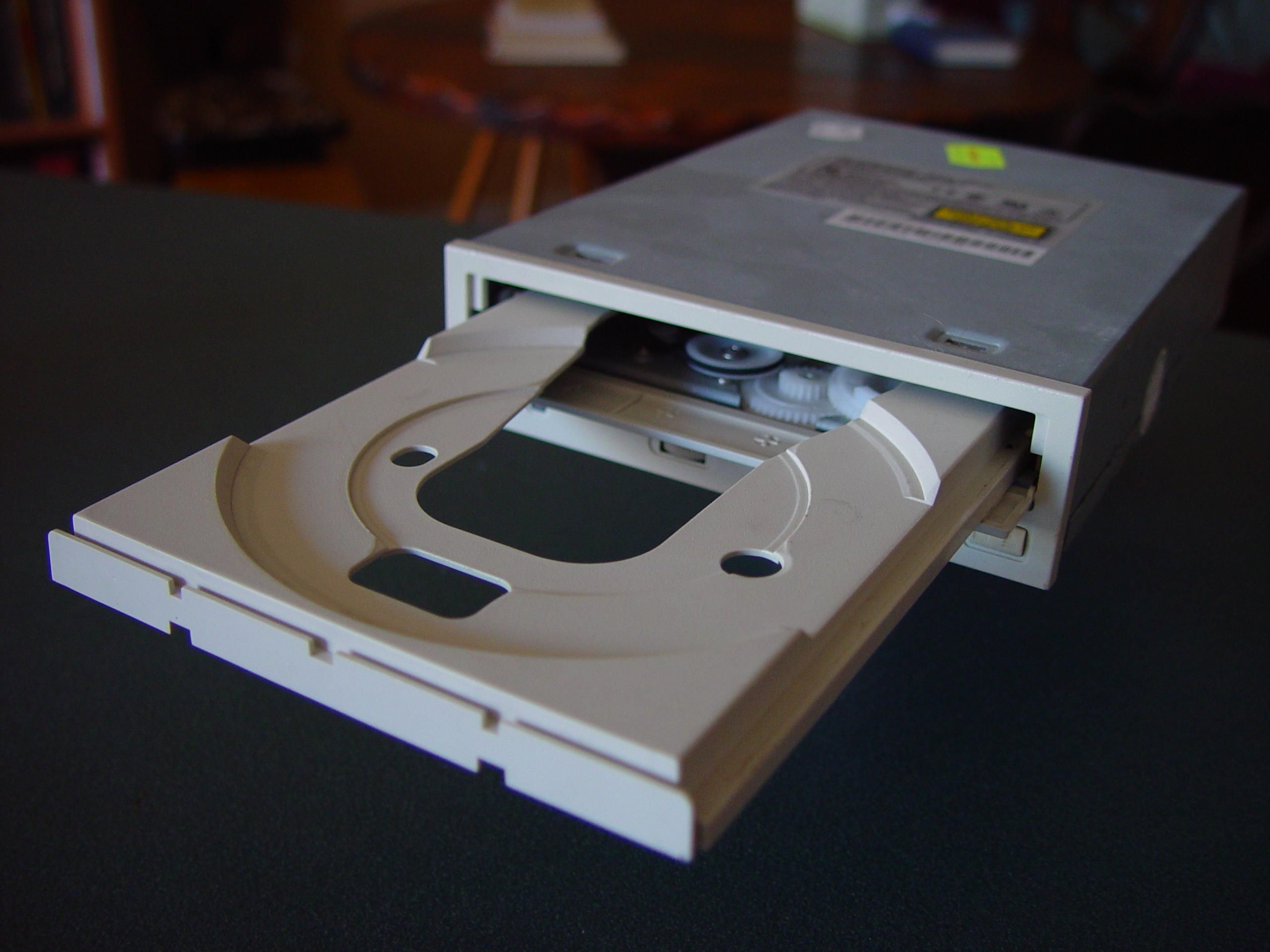 TIME FOR SOME INSPIRATION 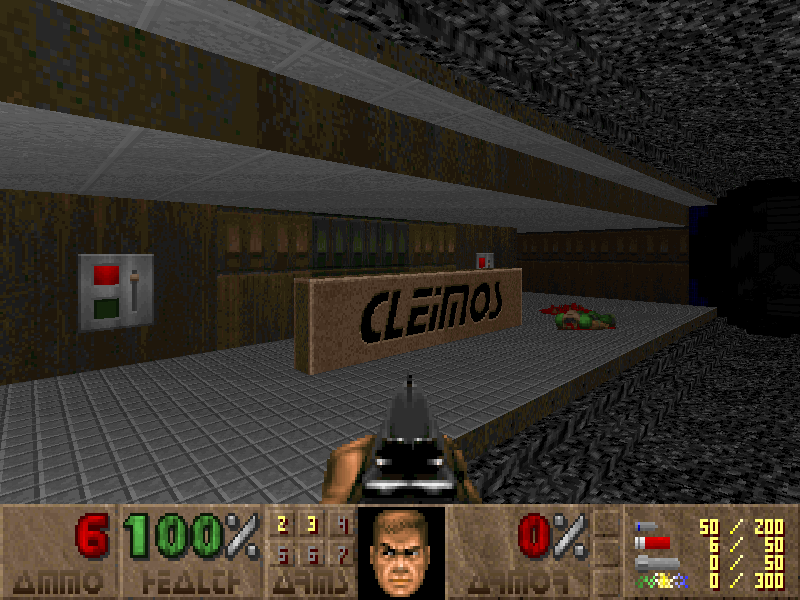 The disc's content was huge. The cover said "Over 6500 new maps for Doom" - playing all of them wasn't an option for us, my friend Acidflash and me. How can someone differ good maps from less interesting ones? Well, the main criterium for us was the filesize. We were hungy for new monsters, for new textures, for things that went beyond a regular 94's-addon-map, so we started sorting. I can still remember one of these wads entitled Cringe (filename grungy.wad) that we had a lof of fun with. There have been a lot of recolored enemies, a chaingunzombie with a Cyberdemon head and a pretty cool set of tunes (most of them synthesized midi-covers or infamous rock songs like "Master of Puppets"). Compared to today's standards, it was definitely not one of the best executed wads but it was entertaining and it showcased some of the opportunities in wad-modding. Another one that I found very authentic (it simply felt very professional) was Cleimos. A well-built map that felt like a successor to the original Doom episodes.

During several sweaty summer-weeks where my friend and I preferred spending our time in playing and examining the gems we found on the cd, we made a decision: "We want to make our own maps, this can't be too hard." - little did we know...

EDITING IS A PAIN IN THE ASS

Remember: In the early 90's, accessing internet wasn't common, especially in the rural 56k-areas that we lived in. There was no community forum at Doomworld or ZDoom, there was no editing wiki, actually there wasn't even someone I could ask personally because there simply wasn't anyone around modding for Doom except the both of us. All we had was the cd-rom, hundreds of tools and no technical understanding. The only chance of getting used to it was learning by doing. So when we were weighing up modding and learning, the result was always the same. We ended up on our computers.

I remember playing around with some of these tools in July and August, after getting back from the swimming pool, familiarizing with the mechanics. It was a pain. It took ages. But my childlike curiosity kept me trying. It was something I have never experienced before, creating larger-scale architecture, texturing walls and floows, filling them with life the undead. My very first room took about 3-4 hours to be finished, which wasn't a big surprise. I simply had no understanding on how vertices, lines and sectors are related to each other. And why can't I place one sector on top of another one, to create rooms over rooms? Remember, there were no advanced sourceports in the middle of the 90's, and I had no clue about the 2.5D limitation of Doom's vanilla engine.

I can imagine speaking for every Doom modder out there, that ambitions for the 'first project' are as high as the propability of failure. We had a vision, when we sat together around 1997 and started to work on our first map (hot-seat technique): This is going to be a megaward, with 32 maps, with new graphics, with new sprites, with new music. And we had no idea how to do it.

After a certain while and hours of mapping, we slowly got used to mapping, but it still was a tedious process: Starting the editor DEU from DOS, working on a map, saving it, exiting, launching Doom 2 (startup around 30 seconds), testing it, exiting Doom, starting over from the beginning. There was no multi-tasking, no multiple windows, all had to be done one after another. No problem for our enthusiasm though. Between our mapping sessions, we both worked on new sprites (PaintShop) and graphics (Paint) for the megawad, not only trying to draw these but also assembling them with DeuTex... what a Sisyphean task. I was pretty happy to have spotted WinTex later, a graphical user interface instead of a command line parameter tool.

Another thing I have been playing around with was midi composing and After Nightfalls includes a few tracks that I made. jimmy would break down in tears when listening to them, so if someone is really interested in hearing the crimes that I have committed, check D_EVIL and D_DM2TTL - and let's simply not talk about it anymore. Ever..

The greatest musical achievement since Beethoven

Some of you might already guess it: After Nightfalls was never finished and despite our fantastic and totally exaggerated ambitions, the mod ended up in today's Unreleasables - for good. But then, back in 1999, the internet was invented (well or at least, we got a suitable internet connection in our rural hometown in the south-west of Germany) and with this new opportunity, we also got some new sources for inspiration: New maps, new mods and - sourceports... 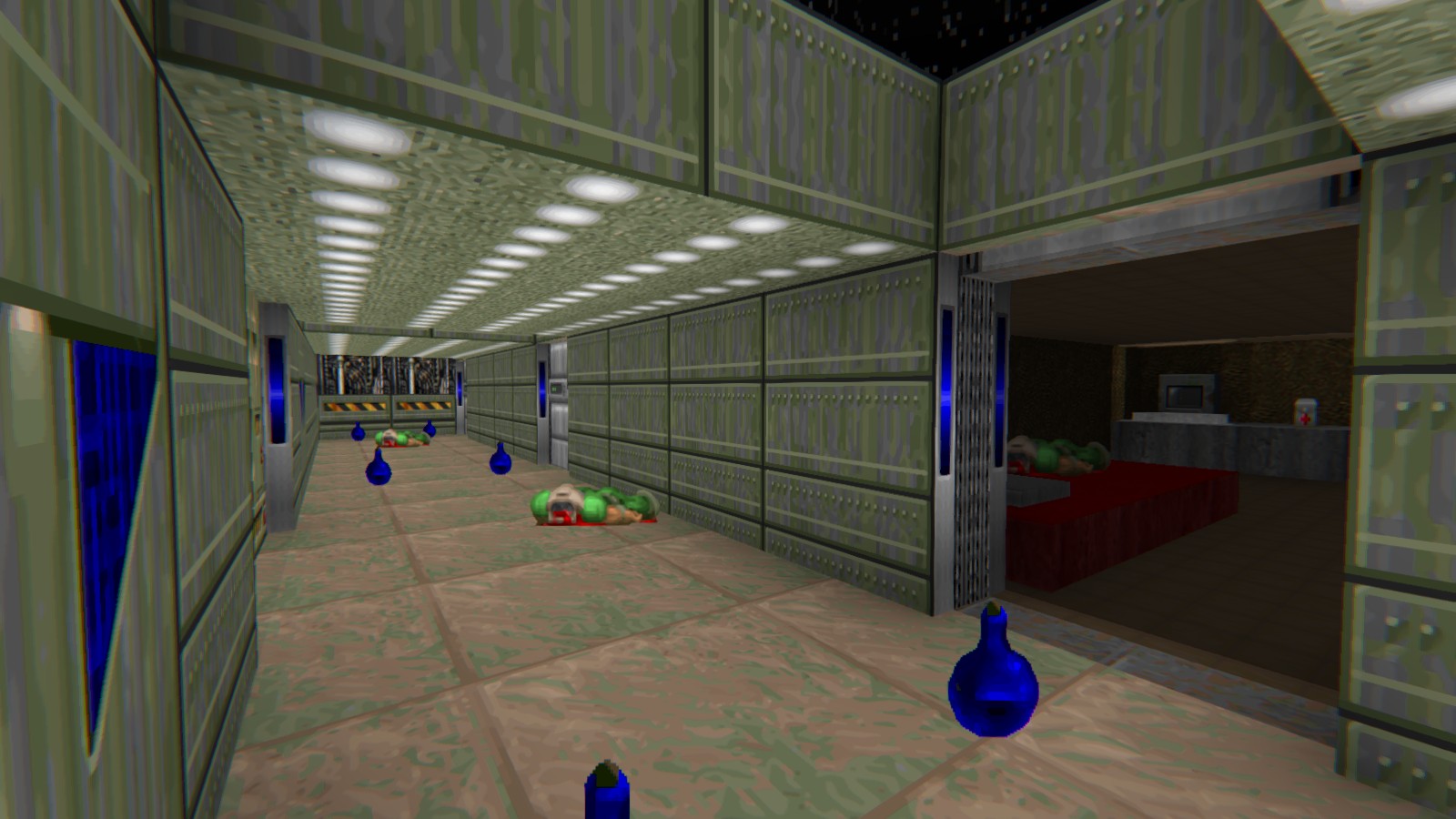 Resolutions haven't been that high back then. Mouseover for a small taste.