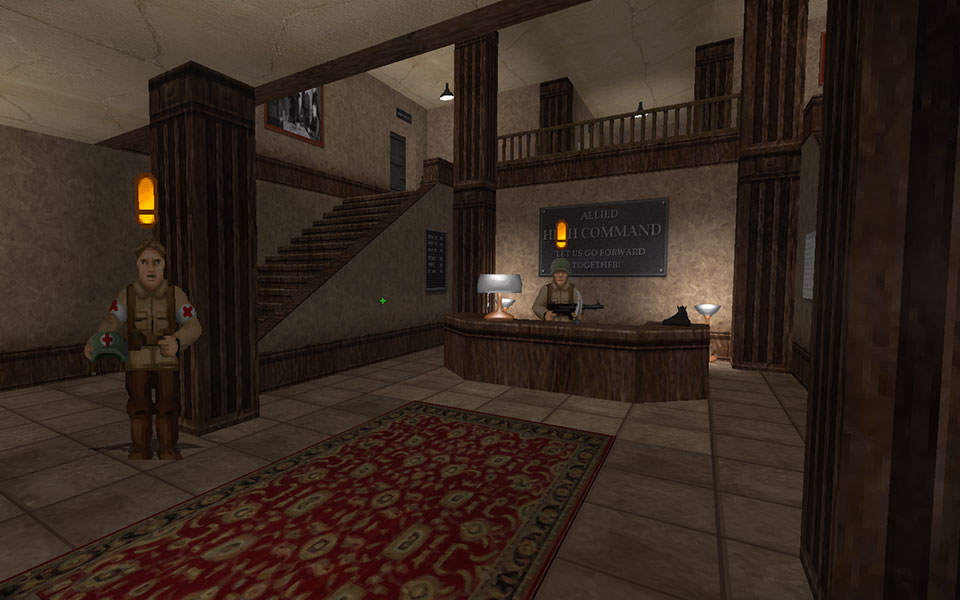 Blade of Agony picks up and improves a lot of concepts that had been used in Stronghold, like the Intermission map.

Operation: Arctic Wolf, Astrostein or Eisenmann, the collection of Laz Rojas' WolfenDoom releases is almost endless. I was always a big fan of Wolfenstein 3D's background story: An allied spy trying to escape from a nazi fortress during World War II is a great scenario, but the implementation could have been more immersive. You can't blame id on that, considering the game's release date. Therefore Laz' inofficial sequels combining this setting with the idTech1 engine was a revelation back then. I can't remember when I lost hope for Operation Rheingold Episode 3 ever to be released, but in fact I do remember that I never stopped dreaming about creating my own WolfenDoom operations.

wildweasel - The Graf Zahl of BOA

The Ultimate Torment & Torture would have never happened without Graf Zahl - and so it was with Blade of Agony. I am not a good programmer or coder, my skills are limited to simple actors and special effects but I am not able to come up with complex gameplay dynamics. The first time I thought about a WolfenDoom-themed project was in the middle of the 2000's, but I didn't pursue the idea any further. DEHACKED was too complicated and too restricted for my ambitions. 10 years later after leaving the TSoZD development team, I was considering such a project a second time, almost scrapping it again. And then I stumbled across a gameplay mod from wildweasel. Compared to me he can be considered as a scripting scientist, in a similar league with Nash or AFADoomer. In 2012, he released a gameplay mod for ZDoom called Nazis! - a potential base for new adventures of B.J. Blazkowicz.

"Since then I always thought about sending B.J. Blazkowicz on even more story-driven missions around the world, kicking Nazi butts. Especially the idea of having various operations and making them all unique in terms of look, feel and gameplay was something that I have ever dreamt of. In times of Vanilla Doom and 56k modems, things like that have been out of scope. Now that limitations are gone or have been expanded, everything seems to be possible in some way or another, and that was the moment when I wanted to start off." -Tormentor667, Feb. 10th, 2015

I began working on this, what I considered 'nothing more than a coffee-break project' in January 2015, based on wildweasel's gameplay mod (without asking him for permission, I'd put this into the category of blind and careless over-motivation and I hope for absolution ever since). In less than 4 months a first beta version was up and got even featured in Mr. Icarus Youtube channel, making a good first impression. 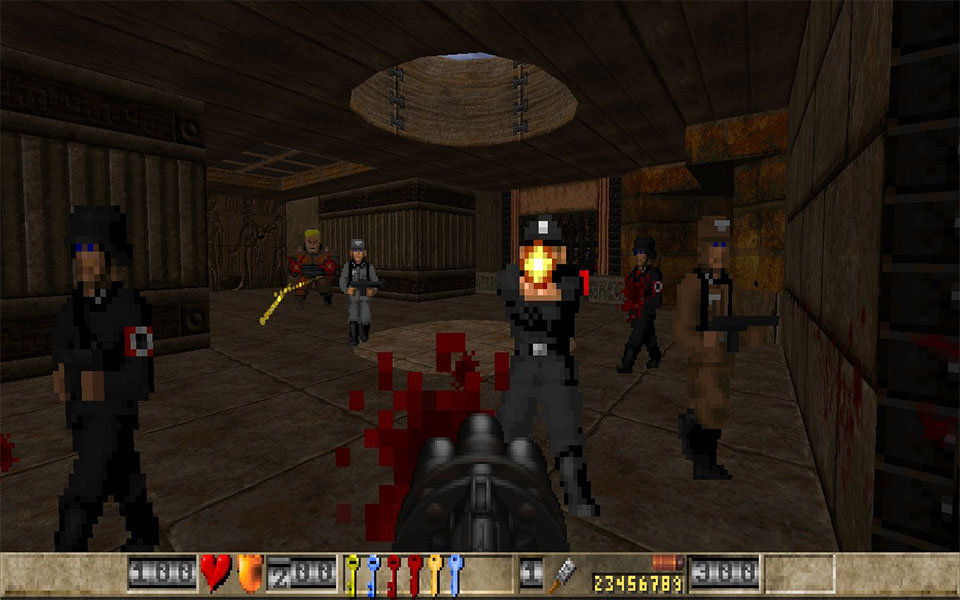 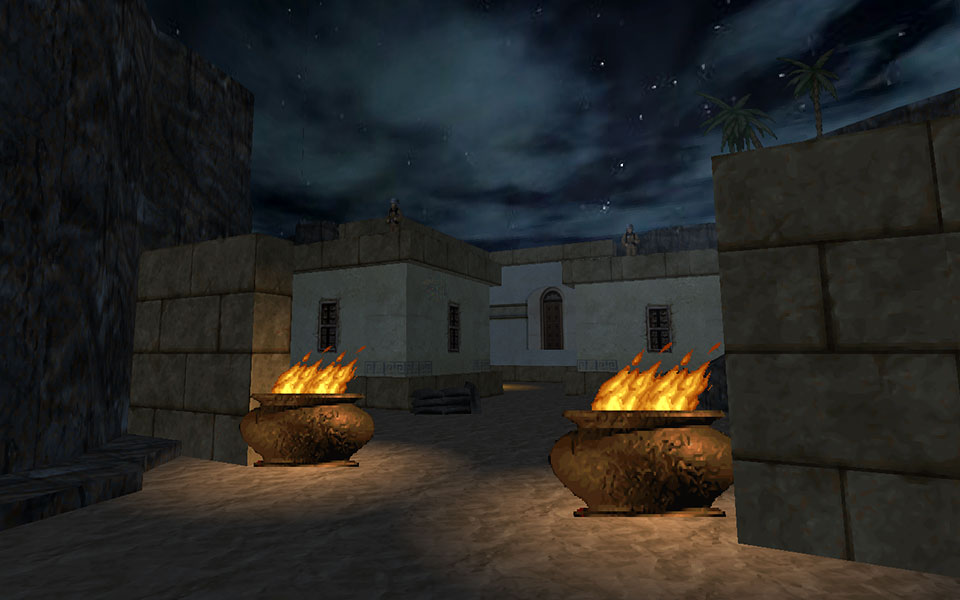 I am of the opinion that the ZDoom commnity is full of generous and helpful people, and without them, creating a mod like this is absolutely impossible. While working on the first bulk of ideas, I had hundreds of questions and being an impatient person doesn't make things easier. But I got answers, and I got help. After the beta publication, interest in the project grew, as supporters noted that their suggestions and their help made the whole thing shape up quite nicely.

The first person joining the project was Ozymandias81. I knew he was working on Batman Doom Rebirth back then, a newcomer. But I saw something that I would call a 'tireless working philosophy' and good powers of comprehension. From that moment on he was working on actors, gl-definitions, quality control and organizing, and Virgilio was getting better and better with each week passing, with each challenge he solved on his own. If people with a slower computer are able now to enjoy Blade of Agony with a reasonable framerate, and if every single person involved in the game is credited for his work, it's his meticulousness over the past years.

While I was looking for mappers to help me, it was DoomJuan who wrote me a personal message. A man of my age with a very good understanding and interest in World War II felt like a good addition to the team. But he is more than that. Dean is responsible for giving life to the usualness. The complexity of Paris was his achievement: the cafés, the bank, the resistance, the world exhibition - it all came from his far-ranging knowledge and his skills in mapping real places (what is simply different from mapping abstract UAC facilities). Without him, Blade of Agony would have lost a lot of authenticity.

One of the big challenges of a mod are sprite assets. Pixel-Art is unique, it's a special ability to be able to draw objects or creatures in a certain style and also make people understand the little details. BigDaveHadSomeToo was our first sprite artist who was mostly responsible for the low-resolution art that we used in the first chapter. With doomjedi joining, we really had a huge amount of luck. In collaboration with Dean, they made the brave and though decision to double the resolution of every single actor in Blade of Agony - over 10.000 single sprite files, first being showcased in the release of Chapter 2. It was not only the amount but also the quality that Maxim has delivered. Brilliant!

After the release of Chapter 2 "Shadows of the Reich", a new face joined the team dealing new hands for all of us. AFADoomer was already a name in the community for his perfect 1:1 implementation of Wolfenstein 3D into the GZDoom engine so there have already been a few times where I asked him for some programming support. But I never expected what beast we've unleashed: Sneak mechanics and a drivable tank in id Tech 1? I would have never thought that something like this was possible. But I had the ideas, and AFADoomer had the code for it. In addition to that, he made so many improvements to the ZScript code, I can't even start to count them all. AFA has brought Blade of Agony to a totally new level of quality.

And then there are Talon1024, N00b and MuadDib90. All three of them appeared out of nothing, starting with feedback, providing commits, helping with translations and sharing solutions for issues they discovered. And after a certain while we recognized their value and added them to our team where they becamse valuable quality controllers, testers and some kind of housewives that take care of everything, the other persons simply oversee. Without you guys, the whole project might be a pretty mess I guess - and this goes to everyone involved in the project.

Anonymous strangers turned into faithful teammates, good friends and brothers in arms. It's our friendship and our dedication and passion for classic games, that makes this more than just a hobby. I am glad to work with you and I am looking forward ( as impatient as I am) to see how Blade of Agony is going to be received by the players in less than a week. Are you psyched?

And what happens after that...? 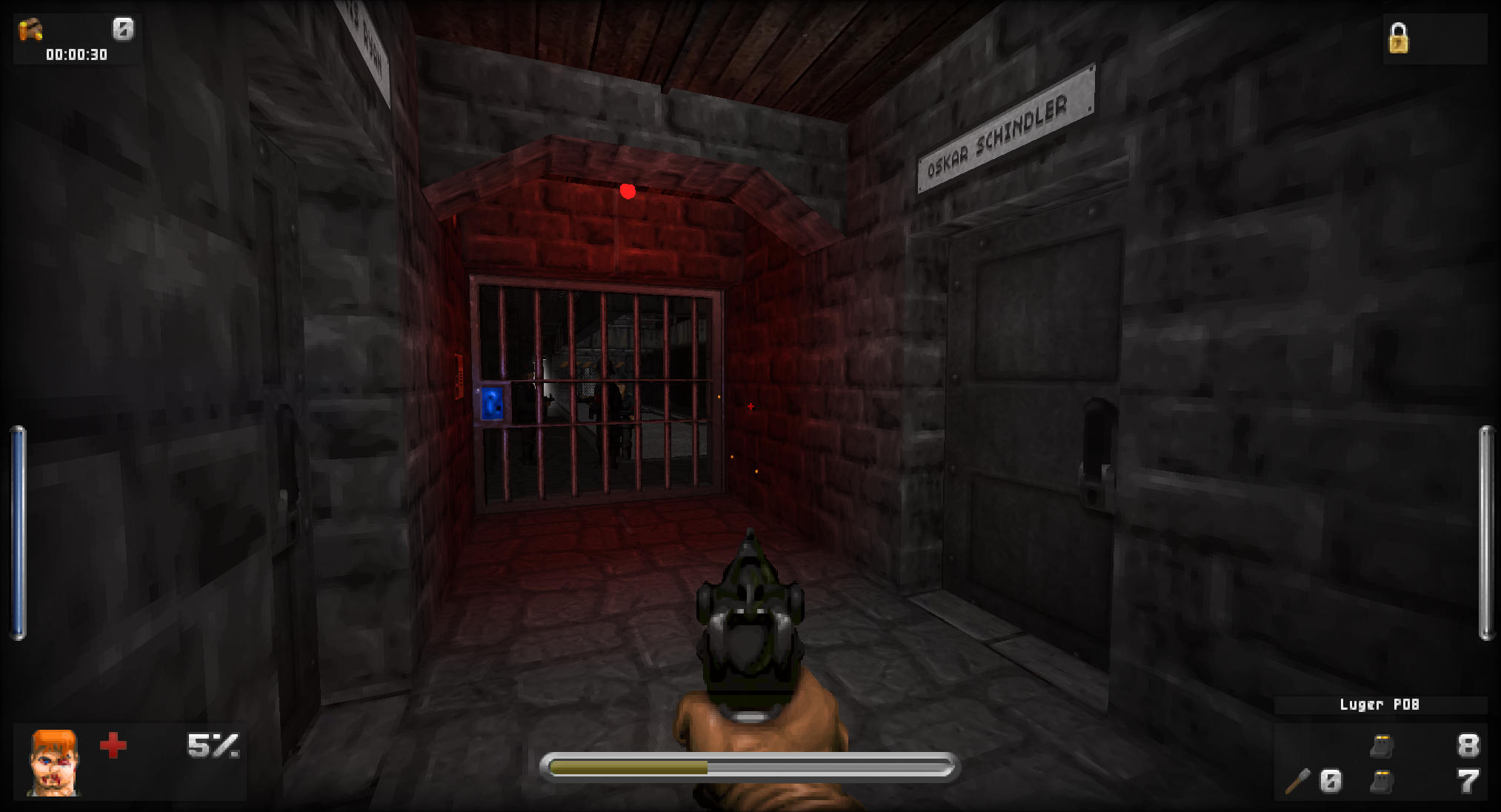 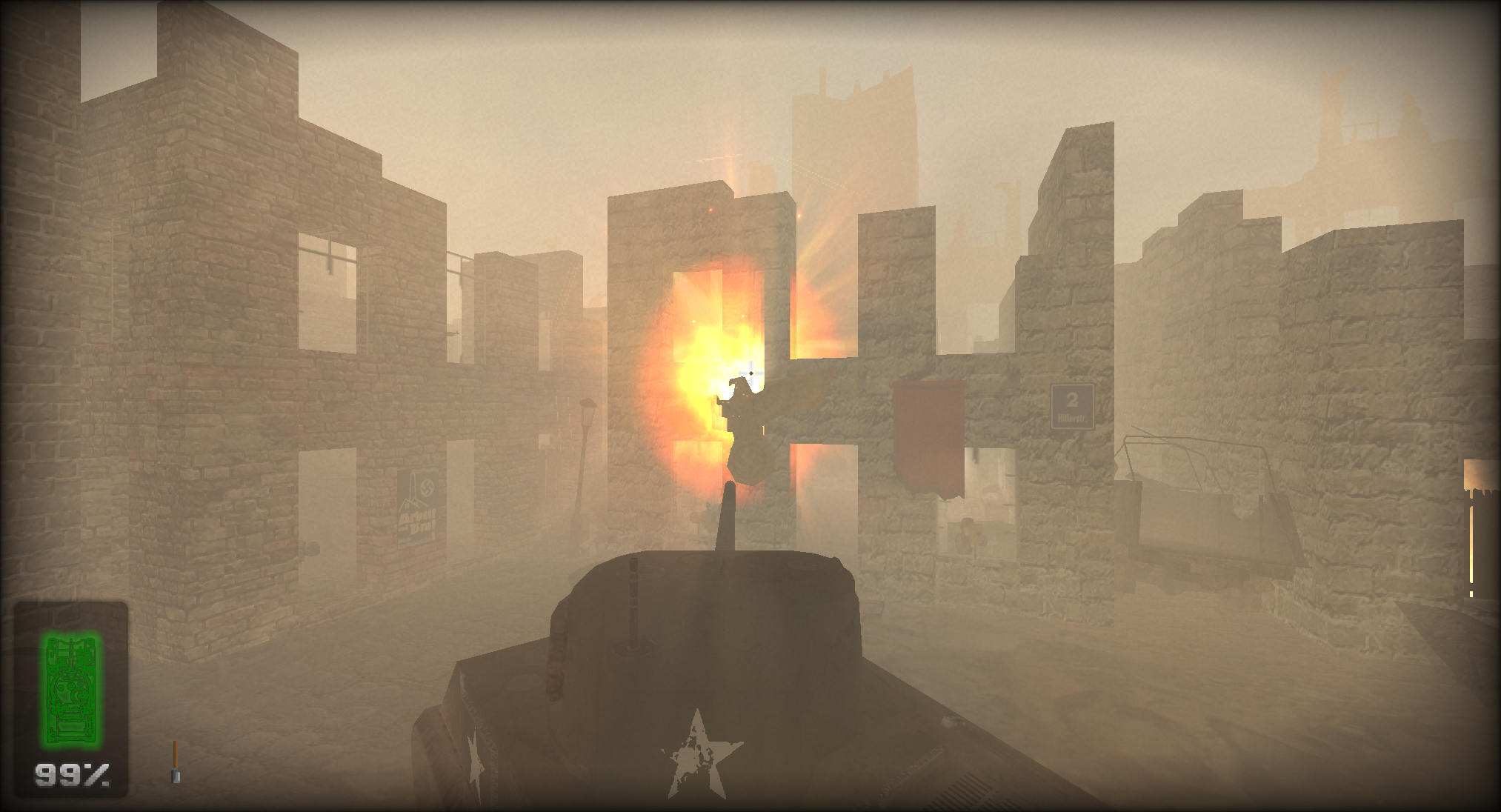 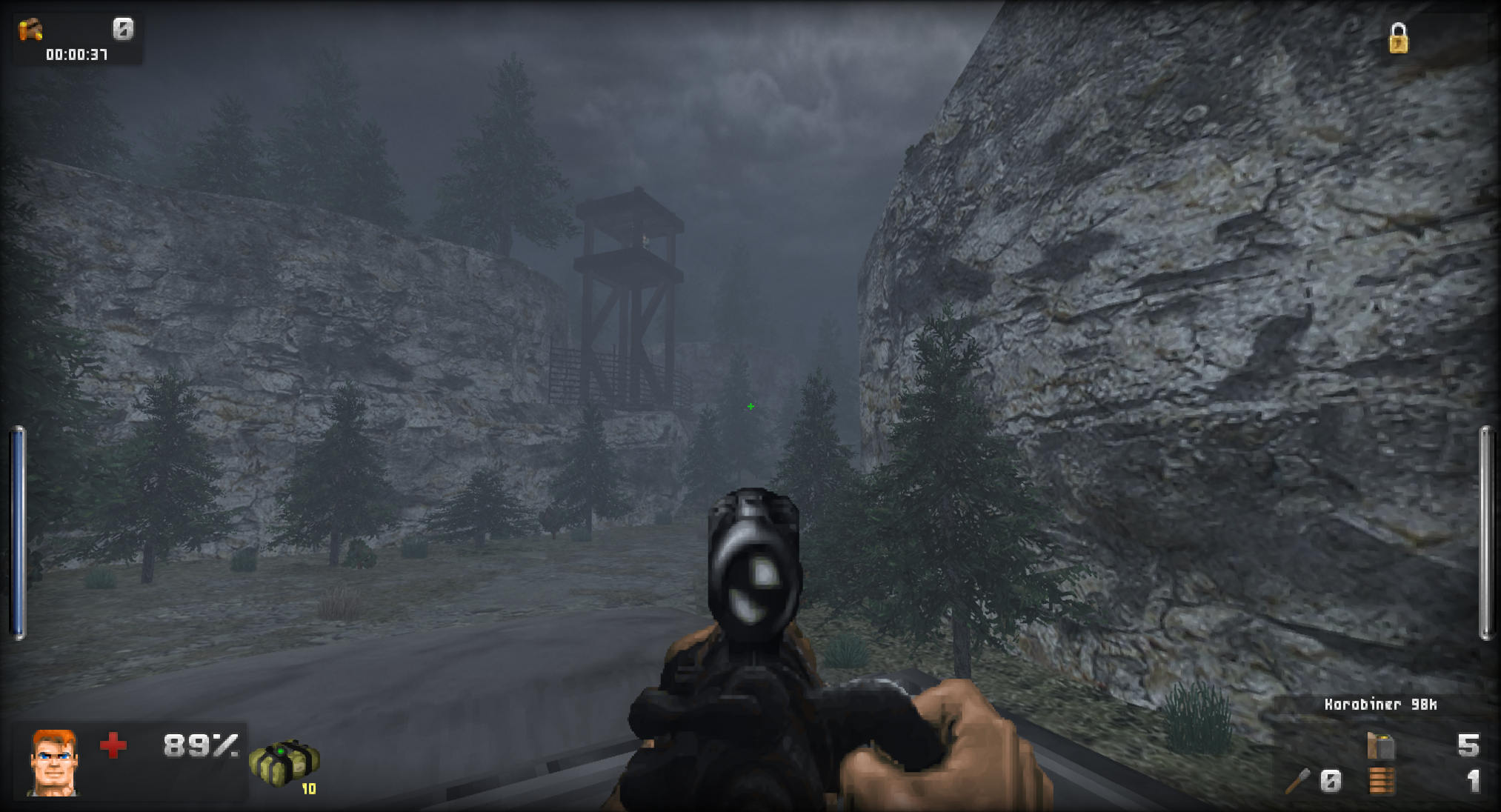 Medal of Honor styled rail-shooter sequences are in as well