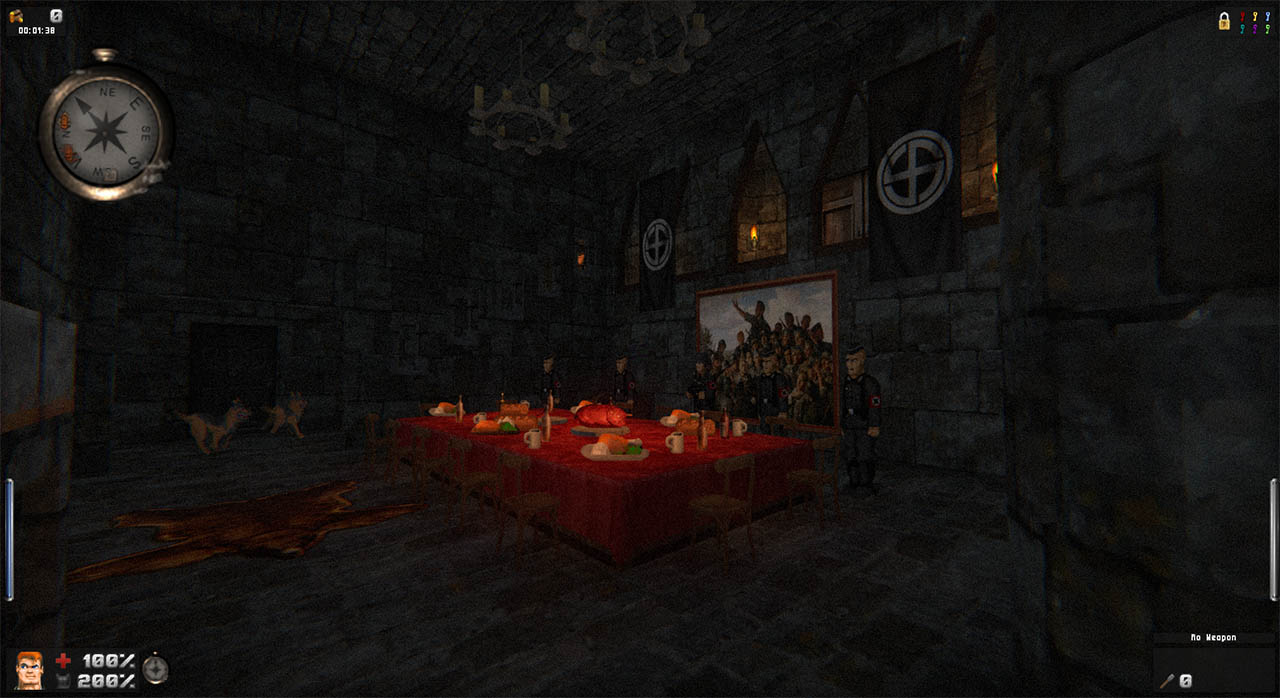 While mapping is a very organic progress, you sometimes lose the objectivity when it comes to size and length. Instead of knowing when it's the right moment to stop adding new portsions you simply think "Wow, this is something I could add here as well". This is what happened to a lot of maps in Chapter 2, especially Operation Schlangenkopf (C2M3). While watching various gameplay videos online on Youtube (specifically ZikShadow and MrIcarus) we simply went overboard with putting more and more stuff into one single map. People needed almost an hour to complete one map. This is simply too much and absolutely not satisfying.

So what we did was checking all the maps (from the beginning of Tunis up to the Astrostein missions) and find out what areas are needed to keep the tension and gameflow, and what portions of the map can be removed because the are simply not climatic enough. C2M3 was a very good example. As soon as you collect the yellow key, you enter a huge area of containment and underground labs that simply doesn't add anything to the story or the gameflow. It's just there. Removing it was the logical consequence, and that's what we did with a lot of places. Instead we tried to add something in the spirit of the map, or tossed areas around to make the progress more fluid and organic.

Sometimes if you play your own maps after a longer while, you start to thing of different approaches, different solutions, different possibilities to make the vision you had in the first place more convincing. Operation Astrostein is a very good example of how a map can still improve even though it was already finished. In this special case I don't mean the way to the portal but the second part of it being on the Nazi Moon (yes, this is a spoiler, I hope you played Chapter 2 already). When I first created the map, I had a very clean futuristic design in mind, just as the original Astrostein episodes. After visiting New Berlin again though I thought that this approach isn't realistic. I imagined this place to be more dirty, more dangerous, something between Coruscant and Los Angeles like in the blockbuster movie Blade Runner. And that's what I turned it into - and it's worth a second visit, I promise.

Believe it or not: I actually watched almost every Let's Play video on Youtube - at least those with a language that I am aware of (sorry for skipping the polish, czech and russian ones) and for me this is the most useful feedback you can get on your own maps. You can see and hear how people react in certain situations, what they think and how they approach your creation. We listen closely to the feedback we get and there are hundreds of changes and improvements that we made according to the experiences, players made out there. So thanks a lot to all of you for sharing that - it got noticed!