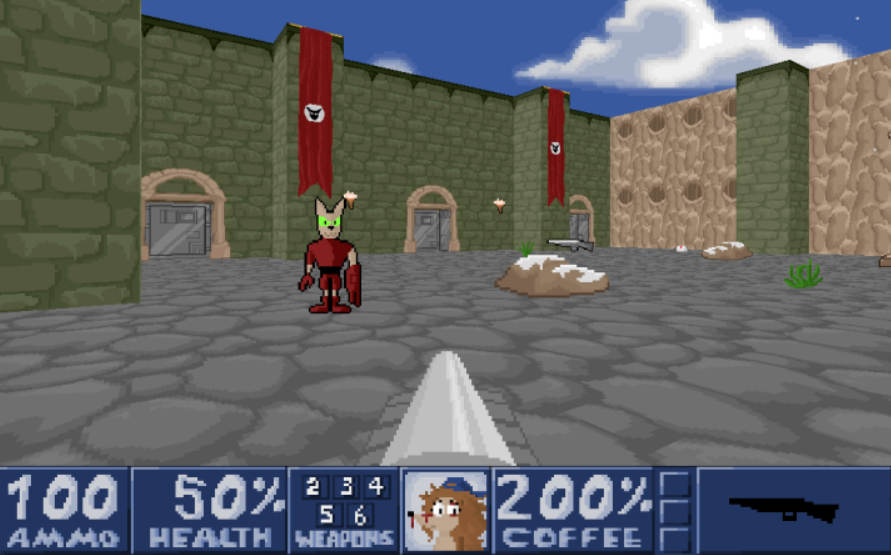 Brilliant news to all those furry-haters: The official sequel to Shadow of the Wool-Ball has finally been released: Rise of the Wool-Ball starts where the first game has left off, just with much more fun one could ever expect: "Time has passed since the events of the first game. Peace has returned to Scott and Rebecca`s home planet. Just as spring has started to bloom there, both of them awake from their hibernation slumber and start doing what they do after every winter - running happily to the nearby woods, enjoying the beautiful nature and joining some sick moshpits at their favorite metal festival after that.

But this time, their routine gets interrupted by Scott... who mysteriously disappears on their way to the woods. Rebecca immediately starts looking for him, and not much later she comes across the reasons of his disappearance... and some familiar faces too. But those kind of faces she never hoped to see again. Furry, green eyed faces with stubby noses. With mouths emitting a stench of canned tuna. Eew. Their stench is not the worst thing about them, though. It`s much more their deeply sinister intentions, which are far worse than last time..." The second part features

Hyped? So everyone else is! Check the release thread and get the full game now.