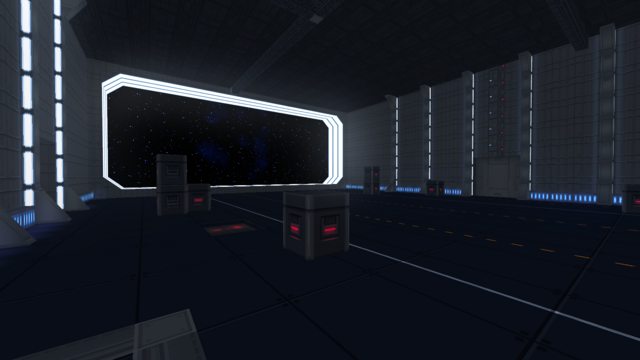 Just spotted something over at ZDoom that gave me an instant boner: A new Star Wars mod in the spirit of Dark Forces and Rex Claussen's Darkest Hour, filled with modern engine features powered by GZDoom. Currently only 3 maps, a few weapons and enemies are planned but who knows what might happen in the future, as the video and screenshots are pure quality and gives you that special force-feeling you are all looking for. So what does the author say?

Darkest Forces is a spiritual successor to the the LucasArts classic Star Wars: Dark Forces, produced in 1995. The project aims to capture the fun of old-school gameplay while using new tools available with GZDoom. The goal is not to make a port, but to create a brand new experience, with most of the assets made from scratch. The story will follow a Duros Resistance pilot named Jukhata Kortu kicking imperial ass around 20 ABY, across several locations including a decomissioned Star Destroyer, a desert planet and a repurposed Sandcrawler.

So check the thread for more information about this coal with a high potential of getting a beautiful diamond.