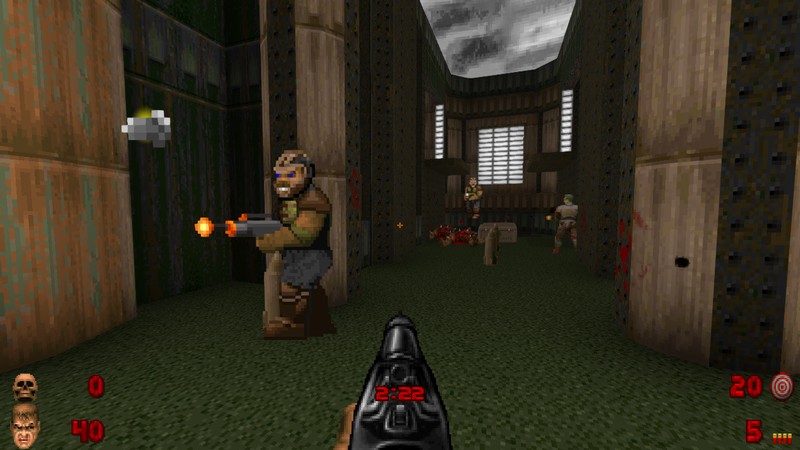 The modder Kinsie has just released the latest build of his Deathmatch Simulator over at ZDoom.org. It is a mod for GZDoom that aims to recreate the thrills and excitement of all the deathmatching you normally need to install a fork of a decade-out-of-date engine build to do. Independent scientific reports have shown that Deathmatch Simulator is capable of "simulating" a deathmatch game with "100%" "accuracy" (or something). However, should you turn monsters off or actually be able to start a multiplayer game, the simulation aspect will be suspended, allowing you to cheerfully enjoy true multiplayer with some new content that might have even been built with it in mind.

So what does the mod feature?

Responsible Disclosure
This is extremely early (probably a month of work so far) and does some pretty gnarly stuff with the engine, so expect issues! See TODO.TXT inside the PK3 to know what’s on the current agenda re: bugs and future content. While you’re at it, check out CREDITS.TXT to learn more about the fine people who did all the real work on this massive pile.