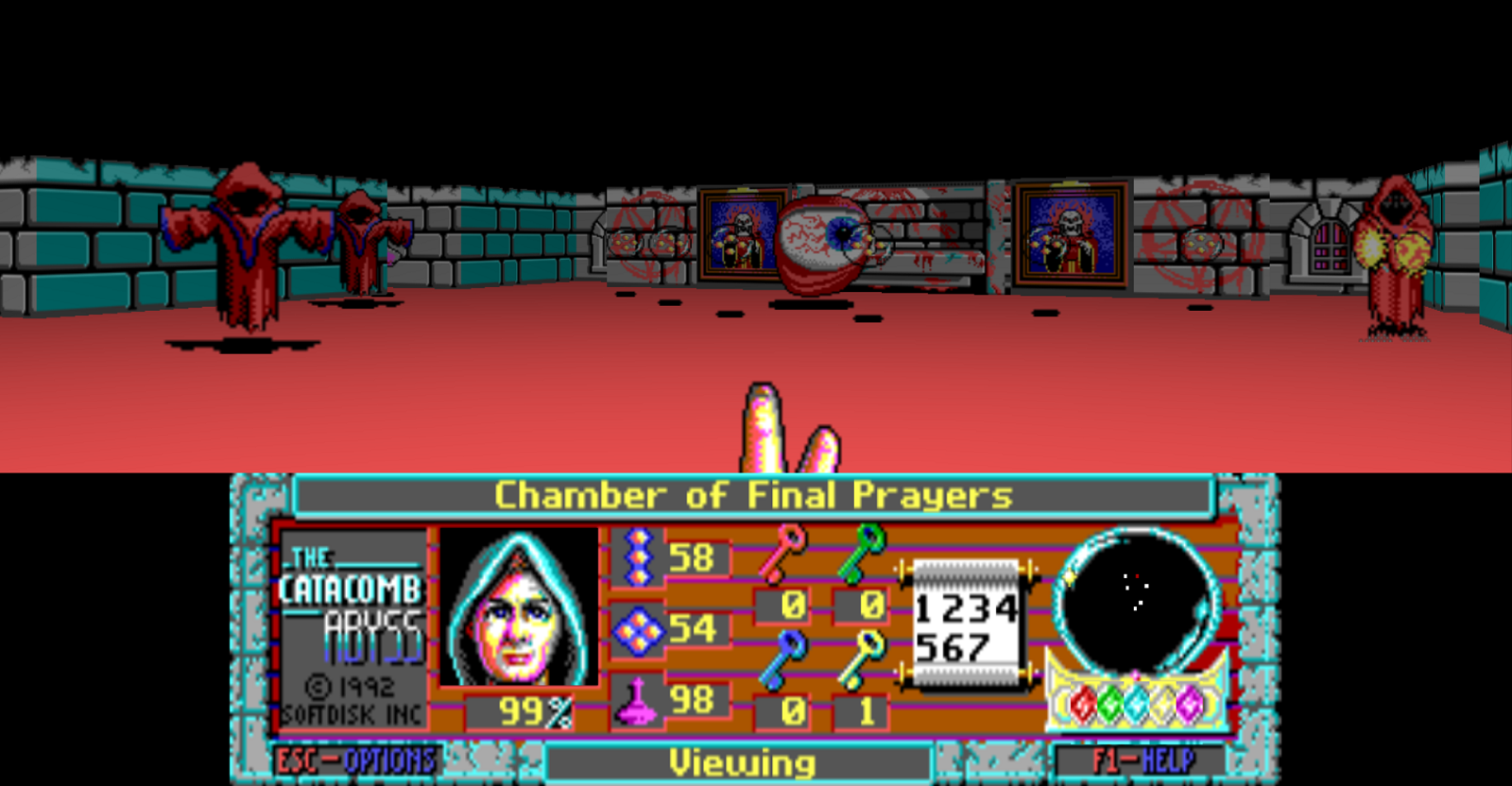 As rich as Doom's history is, we have to get back to lesser known times. No, not Wolfenstein 3D or Quake, but Catacomb 3D. The title, which would lead to a series of sequels, ascended from id Software's Hovertank 3D and, in 1991, offered the first semblance of what was going to the First Person Shooter as we know it today. Since 2018, developer Arno has been working on a port to modern systems. Instead of keeping things vanilla, this port targets accelerated systems. Entitled CatacombGL, the following features are available:

There are, however, some limitations aswell as of the latest version (0.41 as of writing):

To use CatacombGL, you need to provide the original files. So take your nostalgia goggles and set off for a trip down memory lane to ancient history, now revitalized for the modern computing environments of today.