Phantom: 2020 - An LZWolf TC that looks nothing like Wolf3D 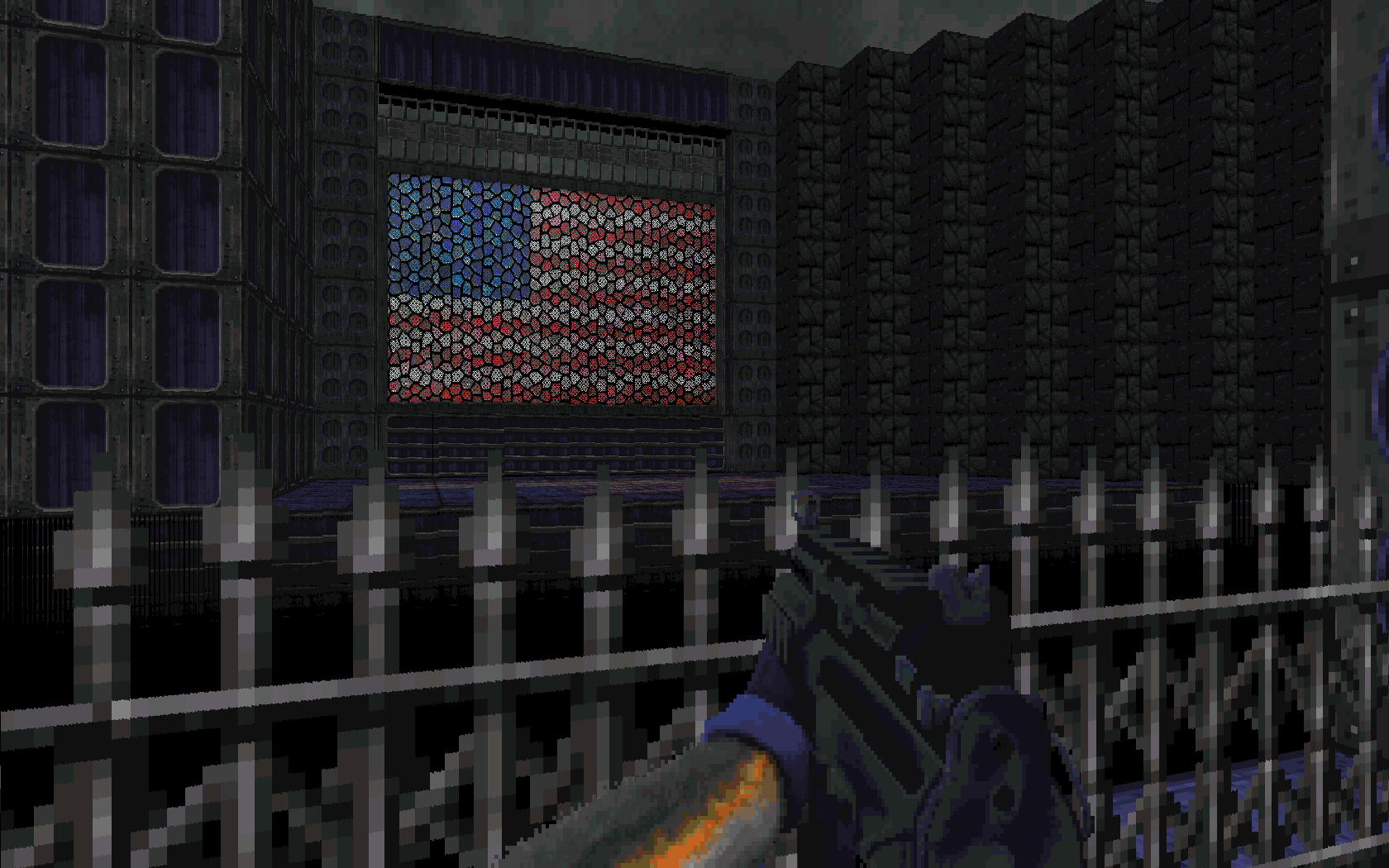 The tentacles of Doom reach further than one might think. Born out of Wolfenstein 3D, source ports exist that extend the original code with Doom like features. Diema''s Phantom: 2020 is something different from your usual Doom news. It is a mod for LZWolf, and a very impressive one at that. Visually it looks little like the father of Doom once looked like. Three episodes of eight regular and one secret level each are planned and the crrent milestone is a one-episode demo. Two playable characters, five unique weapons apiece. Of the characters: One is fast, squishy and quite likes her automatics; the other is slow and methodical with tons of health and a disposition towards handguns.

The story takes place in 2020, on the 50th anniversary of America's nuclear defeat. As the festivities are rolling by, a new threat emerges. As the military-industrial structures of the world continue to churn, nuclear weapons become more accessible to any second-rate terrorist group... and the number of nuclear detonations in hot zones around the world skyrockets. As more factions acquire nukes, the world edges closer to self-destruction, yet the powers of the world do nothing. An elite Navy SEAL and a Russian state police operator defect, going on a mission that goes beyond the line of national authority, and being the only obstacles that stand in the way of global nuclear war.

Phantom: 2020 is definitely something different to experience. It highlights that the small but active Wolfenstein 3D community has more aces up their sleeve than they have been given credit for - If anything, this is a project to keep on your radar. Because if nothing else, it shows how far Wolfenstein 3D has come since it was first played, many many moons ago.