DoomGuy and Minesweeper come together in Cacosweeper on Sega 32X and PC! 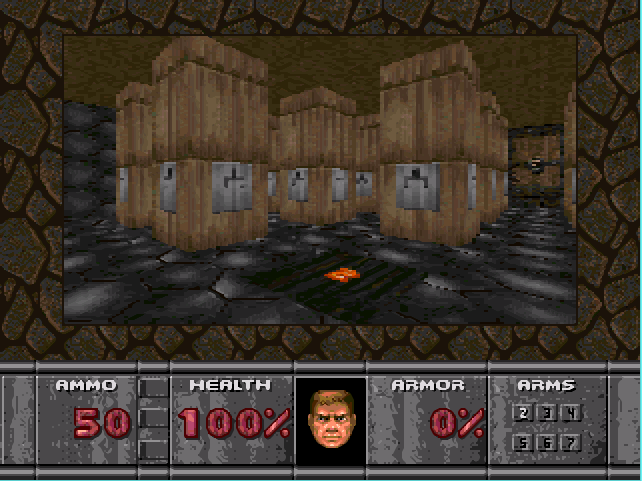 Back in the days, a WAD set called Eternal Doom existed which had an additional minigame: Cybersweeper, where DoomGuy has to figure out its ways on what squares are deadly and which square were not. A neat idea, and something that is fondly remembered to this day. Newcomer Roebloz brings his take on this underrated classic not only to the PC as a GZDoom (and derivatives) mod, but also as a ROM Hack for the Sega 32x. Welcome to Cacosweeper!

Cacosweeper takes what made Cybersweeper so fun and adds some subtle tweaks to it. In 15 maps, you have to figure out which switches to flick before the exit can be reached. Every now and then, a boss will appear that as to be beat. But beware! If you flick the wrong switch, you will see the error of your ways very, very quickly. Like the original, Cacosweeper transforms the run-and-gun gameplay of Doom to a game of tactics, where puzzle solving is the grunt of the gameplay.

The PC release includes enhanced textures and custom music and a secret level at MAP03. And there are even easter eggs to be found... can you find them? ;)

With Cacosweeper, a little classic from the oldskool Doom days is revived and its just as fun as back then. An absolute must to play.

The PC version is found here as a megawad.