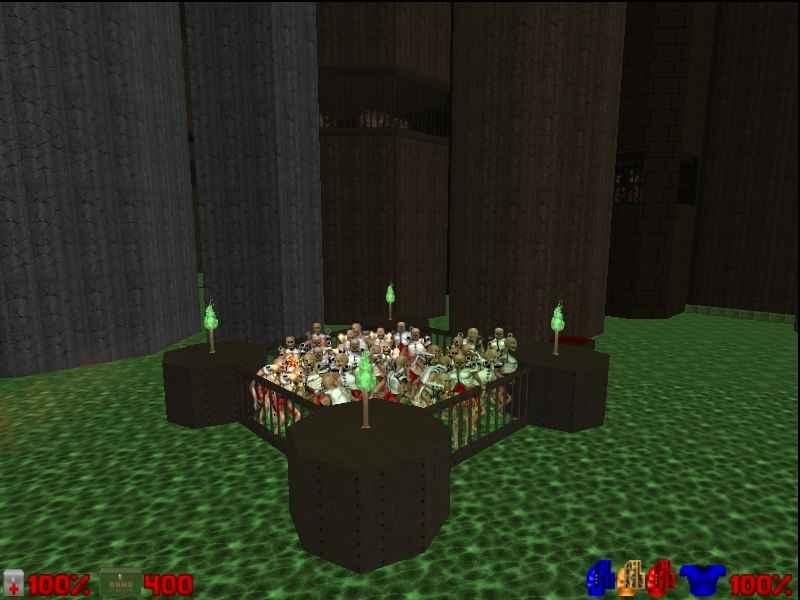 Kama Sutra by Gusta and Method

"The levels are impressive in all aspects, they are very consistent and have very presentable structure."

Kama Sutra is a 32-map megawad in the spirit of Hell revealed, created mostly by Gusta with a few maps from method and, in my opinion, it's one of the best slaughtermap megawads ever released. Of course, it's a controversial megawad because of how the "icon of sin" fight is constructed, which can be found either amusing or tasteless, but the overall quality makes it a detail.

Kama Sutra stands out among its rivals because it has some of the most impressive moments ever seen in a megawad, like the one in map08 (Time Is Tickin' Out) where the map becomes darker as you get close to the end giving the player the impression of nightfall, among others that I won't mention not to spoil the surprise. The levels are impressive in all aspects, they are very consistent and have very presentable structures and places such as anti-aircraft guns, windmills, castles, execution machines, water fountains, vehicles, garages for car parking, ruins, buildings under construction and even a gymnasium for sports, the game has a bit of almost every kind of place and varies a lot in this aspect.

The gameplay is just what you can expect from a slaughtermap megawad, it's very hard but at the same time it's quite fun to play, there's plenty of action and ammo is not scarce, even on "Ultra Violence" skill, so there's never a dull moment, very good layouts and straightforward level design makes Kama Sutra a pretty intense and enjoyable game to play and in the end it gives you a feeling of real satisfaction.

One of the levels that stands out is "The Train is Approching" (map18). Well, actually you can notice that the train has just crashed, this is perhaps the only non-linear level in the whole mapset, the player is given the oportunity to choose which path to go and there's plenty of them to take, the map has a huge layout and is fully inspired by both Alien Vendetta maps 06 and 24 from Lee Szymanski and Anthony Soto. The soundtrack is a great bonus that benefits the playability and every track fits well with each map.

Overall, in my opinion, Kama Sutra is the greatest slaughtering megawad so far released, the most beautiful to look and fun to play and it even surpasses Hell Revealed and Alien Vendetta despite being potentially controversial at its end.