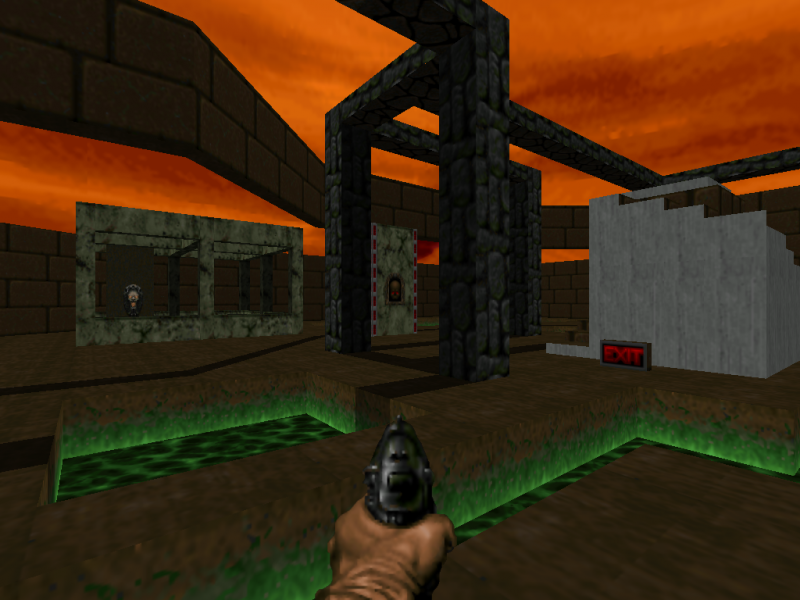 "Ultimate Doom 2 is a megawad created by Justin Lloyd."

It took him 12 years to finish the project and it was released in 2009. Usually projects that are in development for so long generate certain expectations with regards to detail and gameplay. The point of this project though was to make it look and feel like the original Doom and Doom 2 so that it would feel as if it were part of the series.

Thus for a 2009 release it has a really classic feel to it, with all the visual hiccups included. Misaligned textures and poor texture choice here and there are for certain but if the objective is to make it look and feel like a classic mapset then this shouldn't be a problem.

The gameplay is also pretty decent, you've got lots of enjoyable action although it might be a little oldschool sometimes and with a little of switch hunting going on, but that's not a big problem because most of the levels plays pretty good.

There are some good map concepts, like map 15 where you start off at one of the four buildings standing in the sky and in order to finish the level, you have to start an adventure walking and jumping from building to building to reach some indoor areas that were inaccessible before, and map 14 is a very fun and well thought out map in the style of tricks and traps without enemies, among other maps.

Overall, this mapset looks dated and has some poor visuals but it's not one of those megawads that have random crappy places, ugly mazes, nonsense monster placement and inconsistent maps, No! This megawad has lots of enjoyable moments despite being dated, it has consistent theme and it's worth checking out if you have already played and replayed all the other GREAT megawads.