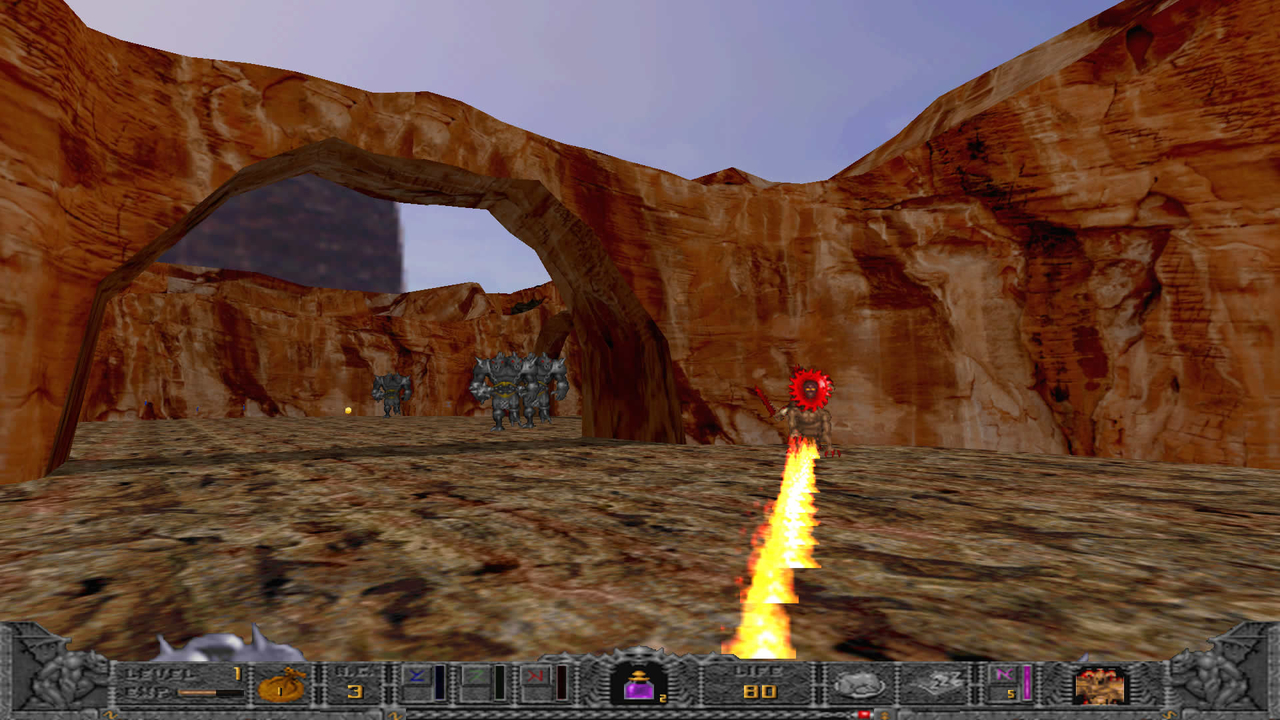 The latest version of Korax' Heritage: Scattered Evil, the FPS-RPG hybrid in the world of Hexen, is now available for download on SourceForge and ModDB. Many of the ideas of the original Korax’ Heritage concept (which is nearly a decade old) have been implemented in commercial games over the years, many of these features in a much more professional way than we ever could (like a huge seamlessly connected 3D world, epic storyline with different outcomes depending on the player’s choices, etc).

However, there is one very specific and fundamental feature of the Korax’ Heritage concept that has not been implemented in any game up to this day: cross-breeding a 3D first person shooter with a fantasy RPG. There are many action-RPGs out there, but they are all RPGs in the first place, and don’t offer a simple and quick-paced fighting engine like first person shooters do. And while some shooters did add a couple of RPG elements, most of them didn’t go even as far as KMOD does.

Thus, a Korax RPG could still offer something that’s unique, and offer it for a world that has been dropped by the commercial developer.